Meghan says ‘everything was controlled’ including text messages

The duchess described herself as being in a ‘bubble’ as she spoke about her royal life on her Netflix documentary. 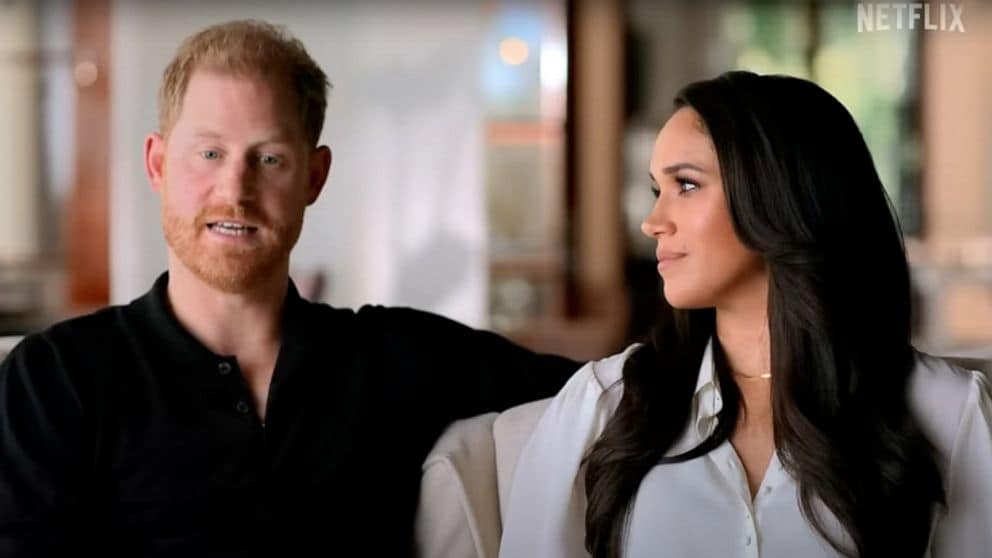 The Duchess of Sussex has claimed “everything is controlled” by the royal household and she was not allowed to text her friends a photo.

Meghan, in episode four of the Sussexes’ Netflix docuseries, described herself as being in “this bubble” with her world getting smaller and smaller.

“We were in this bubble, where everything is controlled by them. I couldn’t even text my friends a photo. You can’t do this. You can’t… OK,” she said.

“And you do as you’re told but your world just becomes more and more like this,” she said, gesturing with the gap between her hands getting smaller.

As Meghan spoke, a solemn Harry, sat next to her, uttering a “yeah” in agreement before looking down as she described her experience.

The duchess’ friend, actress Abigail Spencer, said: “That was a really dark time. I didn’t know what to do.

“They’re in this complex organism that I don’t know anything about or how to help or what to do, and I’m not allowed to say anything.”

Buckingham Palace and Kensington Palace have declined to comment.