“And what was that monumental thing, Mark?” 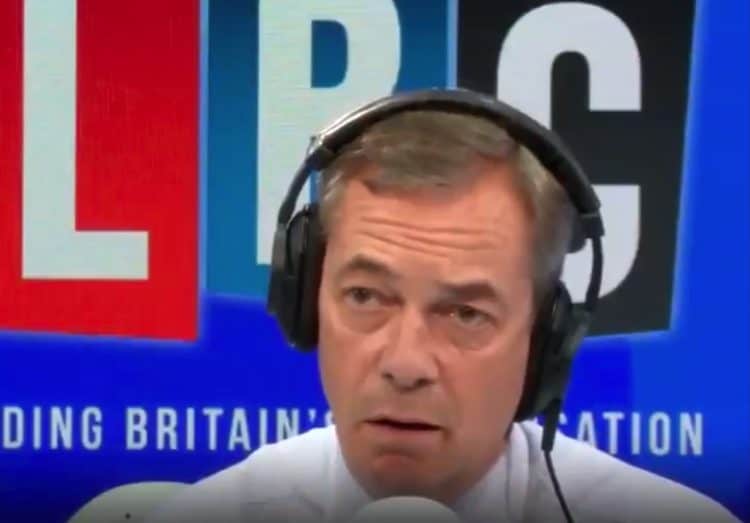 Reminders of the moment Nigel Farage was duped by a mischievous caller have been making the rounds on social media again.

Calling into the Brexit Party leader’s LBC show the man, who gave his name as Mark, started by thanking Mr Farage for his political work in recent times.

“I’m immensely grateful to you for everything you’ve done in British politics over the last few years,” Mark told Mr Farage, before explaining how he had switched sides on the Brexit debate.

As Mr Farage nodded along, Mark told him: “Then something monumental happened.”

Mr Farage, speaking on Tuesday night, then asked: “And what was that monumental thing, Mark?”

To which he responded: “I was kicked in the head by a horse.”

Watch the hilarious clip below: