The Government has suggested that the BBC could be turned into a subscription service. 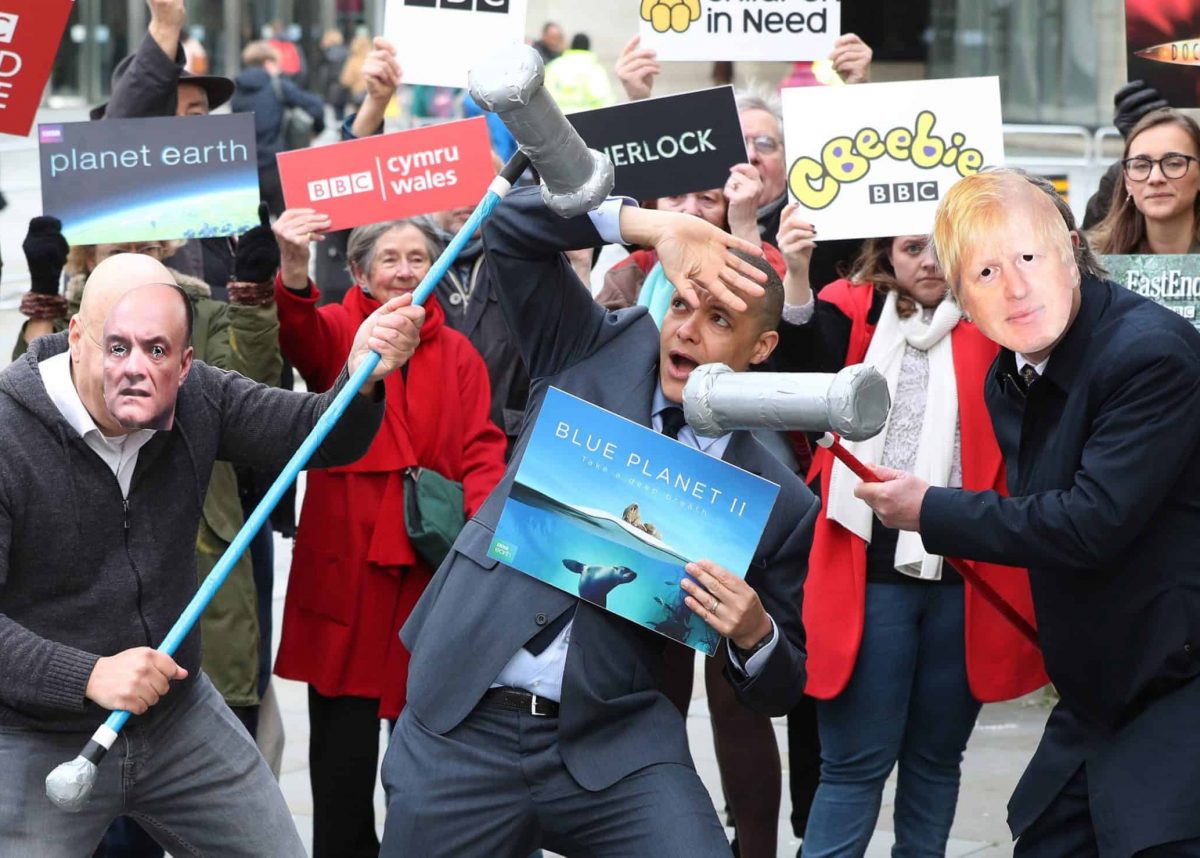 Protesters gathered at New Broadcasting House to “push back” against the possible end of the BBC licence fee.

The Government has suggested that the  BBC could be turned into a subscription service.

Cat Hobbs, director of public ownership campaign group We Own It – which organised the event, called the BBC a “national treasure.

“Its programmes and services have had an unparalleled impact on our culture and understanding of the world – from Planet Earth to The Archers, Match Of The Day to the World Service,” she said.

“As the UK forges a new path after Brexit, we should be proud of our fantastic globally respected British institutions like the BBC.

“It is utterly staggering that the government would want to strip that back and leave us without the wonderful contribution the BBC makes.”

Labour MP Clive Lewis and writer Grace Blakeley were also at the protest.

Blakeley said it was time to “push back against some of what we’re hearing from Number 10 about the licence fee being taken away.

“We think it’s really important that the BBC stays in public hands and remains a public service broadcaster,” she said.

“It comes under a lot of criticism and often rightly so….  but ultimately it is the only institution that has a real responsibility to make sure it is expressing views across the political spectrum,” Blakeley, who sits on Labour’s National Policy Forum, said.

The campaigners launched the It’s Our BBC campaign and a petition at the event.

The gathered for a symbolic “game of Whack-A-Mole” on BBC programmes, after the government was reported to be intent on wanting to “whack” the BBC.

BBC boss Lord Hall recently said he believes the licence fee is here to stay and hit back at a suggestion that the broadcaster is redundant following the rise of streaming services like Netflix and Amazon.

The licence fee model means that “you’ve got to give something to everybody. I think that is a fantastic creative challenge”, he told a conference.

The Government has launched a consultation on decriminalising the evasion of the licence fee.

And from June this year, the current scheme of all over-75s receiving free TV licences will be restricted to those who claim pension credit.