From F1 to LIV Golf, British social media specialist Simon Bull has garnered quite a resume in his young career. Working with some of the world’s leading sports organisations and athletes, we speak to Simon about his journey in the social media industry. 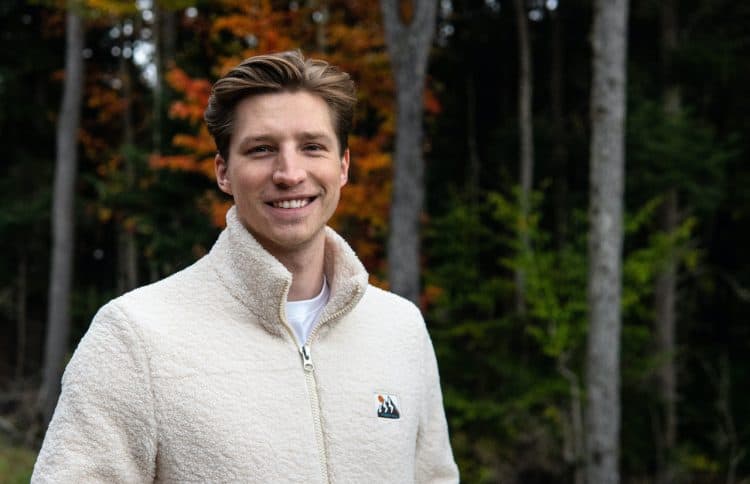 For the last seven years, Simon Bull has worked inside the sports media industry across a variety of sports. From motorsport, to professional tennis, Simon has been instrumental in the production of online and televised sport.

Whilst working alongside some of the brightest minds in sports television, Simon noticed the growing influence of social media in his industry, and the unique, fresh style of content it was producing. Embedding himself into his clients marketing teams, Simon works to help organisations and brands drive growth and raise their bottom line.

The opportunity to push boundaries in sports media, utilize his creative skill set and dive into a new challenge was exactly what Simon was looking for.

From an early age he had begun to exhibit his creative skills, but it wasn’t until he reached secondary school that his talents began to be recognised, creating short films with his fellow students, and exceeding in all of his media classes. His skills were honed through his university career, resulting in a National Student Television Award and recognition from JVC upon his graduation.

But despite his initial goal of working in sports television, it was in social media that Simon found his calling.

Having worked with sporting organizations such as the ATP Tour, F1 and LIV Golf, Simon’s first job in the digital industry came at Little Dot Studios and their Formula E team.

“My editing skills and social media knowledge were immediately put to the test as soon as I stepped through the doors” he explained. “I quickly learnt, as obvious as it sounds, that television is consumed in a very different way to social media. Your content must catch the eye of a user and stop them from scrolling in less than a second, and you need to be able to create something fresh and engaging every day of the week.

“My time at Formula E was an awesome learning experience thanks to the incredibly talented people around me, which really set me on the path to where I’ve got to today. We set out to separate ourselves from other sports, with our style of content and personality online. Editing video content like a 1980’s Formula E sitcom parody, or a Mario Kart/Formula E crossover as well as taking fans behind the scenes. Raising the bar and setting a precedent for global sporting organizations to match.”

After 2 years at Little Dot Studios, and 2 seasons on the electric motor racing series, Simon was looking for his next challenge, “I realized I wanted to do more than just edit, I wanted to ultimately run my own social team” he said.

His work at Formula E had caught the attention of Sky Sports F1, Formula 1’s leading global broadcaster who hired Simon as their Social Media Producer.

“Despite the size and success of Sky Sports F1’s team, they had little social media presence and I was challenged to transform their social media platforms from the ground up” he explained.

But this position wouldn’t offer him the opportunity to run a social media team just yet.

“It wasn’t so much of a social team, in that it was just me! I was challenged with the task of managing all of Sky F1’s social media by myself.”

Thankfully Simon had spent much of his spare time during his tenure at Formula E preparing for this very situation, “I knew if I wanted to grow in the industry, I should know the ins and outs of every role in a team. I self taught myself graphic design and attempted to learn the many aspects it takes to successfully run large social media accounts from my peers.”

“I developed a bespoke social media strategy, designed the social branding, modified their tone of voice, and produced a yearly content cycle with the target of building a community and making Sky Sports F1’s social media the go-to for F1 fans.”

Living every F1 fan’s dream, Simon was able to work closely with some of the biggest names in the sport whilst traveling the world.

“Going to work everyday with the ability to create content with the likes of Martin Brundle and Jenson Button, and being able to take fans behind the scenes with Lando Norris and Lewis Hamilton on across social media was an incredible experience.”

His versatile skill set would see him exceed expectations at Sky F1, growing their following by over 2 million people, and subsequently being awarded internally at Sky for his success.

The ability to create content in a variety of formats, combined with his exceptional social media management and smart copywriting skills has drawn Simon much attention in the industry from numerous organizations and teams within the world of sport.

His latest move to SIFT Creative, a global creative agency, based in the US, has given him the opportunity to work closely with both athletes and leading organizations in tennis and golf.

“SIFT has given me the opportunity to build a social department from scratch, whilst offering my social services to the ATP Tour, the WTA Tour and even LIV Golf” Simon said.

The newly formed LIV Golf league launched in 2022, as Greg Norman’s rival to the PGA and DP World Tour. Simon and the SIFT Creative team were tasked with leading them on social media.

“It was by far the hardest thing I’ve ever tackled in my career,” he explained. “Building out an entire sports social presence from nothing in less than a month. It took meticulous planning and many weekends and late nights to get it across the line. But when we saw the results after London, it was totally worth it.”

With the eyes of the sporting and golf world upon them, LIV Golf’s social media delivered astonishing numbers through their opening weekend.

“150 thousand followers on Instagram, 115 on Twitter and another 100 thousand on YouTube, in less than five days, it was wild” stated Simon. “There’s a certain buzz you get working in this industry when you can see an instant response from your audience, and the energy and excitement we delivered with LIV Golf was brilliant.”

With LIV Golf in his rear view mirror, Simon has set his sights away from golf, looking to grow SIFT Creative’s client base in tennis, and expand into athlete content creation. “I want to help athletes realize their potential online and improve their value to sponsors and brand partners. It’s a sport where I believe athletes aren’t maximizing their social presence, or creating enough cool content that fans have a thirst for.”

You can check out a variety of Simon’s work on his Gondola profile, as well as reach out to SIFT Creative at SIFTCreative.com