'Tory councillor wasting public money... why are we surprised?' wrote one person on Twitter. 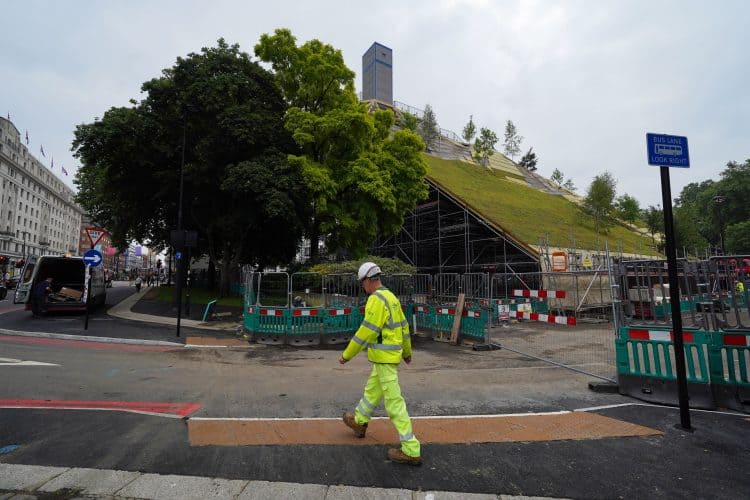 The deputy leader of a London council has resigned after the total costs for a 25-metre man-made mountain in the middle of one of the capital’s busiest tourist areas nearly doubled to £6 million.

Refunds were offered to the Marble Arch Mound, created by Westminster City Council, the day after it opened to members of the public on July 26 following what the authority called “teething problems” with the attraction amid complaints it was still being constructed.

When it opened in late July, tickets to the temporary attraction were offered between £4.50 and £8. For this price, visitors could climb 130 stairs or take a lift to the ‘summit’.

People were unimpressed and the attraction started issuing refunds to disgruntled visitors. Then, two days after it opened, it closed, after it was inundated with continued criticism. It is now open again but is free. A green elephant?

The council’s leader, Rachael Robathan, said in a statement on Friday her deputy Melvyn Caplan had resigned with immediate effect after a “totally unacceptable” rise in costs.

“The Mound opened too early, and we have apologised for that,” Ms Robathan said.

“It has become clear that costs have risen more than anticipated and that is totally unacceptable. Our original forecast cost was £3.3 million. Total costs are now £6m, covering every aspect of the project: construction, operation and eventual removal.

“With regret, I have accepted the resignation of my deputy leader, Melvyn Caplan, who led the Mound project. We have also instigated a thorough internal review to understand what went wrong and ensure it never happens again”

The 25-metre mound, planned by Dutch architect company MVRDV, was designed to give views of the capital’s Oxford Street, Hyde Park, Mayfair and Marylebone.

Westminster Council blocks the pedestrianisation of Oxford Street, then can’t work out why people don’t enjoy shopping on a busy road, so instead commissions a giant scaffold mound in an attempt to get people to visit, now the mound is a financial mess. https://t.co/gG5UvYYKCK