Police were called and a stand-off between shooting parties and the saboteurs took place on several moors. 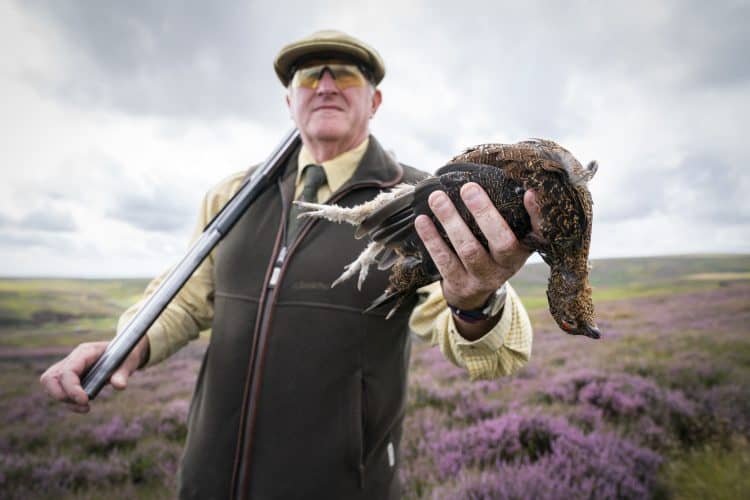 The day is called the ‘glorious twelfth’ by people who enjoy shooting primarily ground-dwelling birds.

This year over 100 hunt sabs disrupted multiple grouse shoots in the Yorkshire Dales, the Hunt Saboteurs Association has claimed.

Shoots in Wensleydale, Swaledale and Arkengarthdale were targeted.

Police were called and a stand-off between shooting parties and the saboteurs took place on several moors.

The Hunt Saboteurs Association said in a post on its website: “We found our first driven shoot located above the village of Healaugh on Reeth Low Moor.

“A stand off ensued whilst the shooters called in the police and we held them there for several hours and monitored them for the rest of the day.

“While some sabs stayed to manage that situation the rest of us moved to Arkengarthdale where spotters had been keeping an eye on another shoot throughout the morning.

“They broke for lunch and moved deep into an inaccessible area of moorland but indefatigable sabs followed them in and when they realised they couldn’t lose us they got in their vehicles and attempted to leave, only to be blocked in for over an hour by sabs who sat on the track in front of them.

“We still had time to find, and stop, a third shoot on Woodhall Greets near Askrigg.  They’d started a late drive at 3pm but had only just started beating when a line of sabs streamed over the horizon, only allowing them one or two shots before their day ended with the walk of shame back to their vehicles.”

Research conducted by the conservation charity, Rewilding Britain, found that 842,000 acres – an area more than twice the size of Greater London – of protected land are used for driven, red grouse shooting.

It revealed that among the six national parks in Scotland and northern England that contain grouse moors, a third of their combined land area is devoted to driven grouse shoots.

Rewilding Britain’s policy and campaigns coordinator, Guy Shrubsole, said: “The Prime Minister’s pledge to protect 30% of Britain’s land for nature – and count national parks towards this total – rings hollow when you realise that vast areas of our national parks are dominated by these nature-impoverished and heavily-managed areas.”

He added: “Britain’s nature would be in an even worse state were it not for the national parks, which have protected their landscapes from urbanisation and done a lot for conservation.

“But with the nature and climate crises outpacing us, the parks’ wildlife and habitats are badly depleted. We need bol

It is unlikely that many of the hunting community were big fans of the direct action, but there was a lot of support on social media for the sabs.