"The fact that my existence triggers some people is testament to why we need more Maori advocates in key roles across every sector." 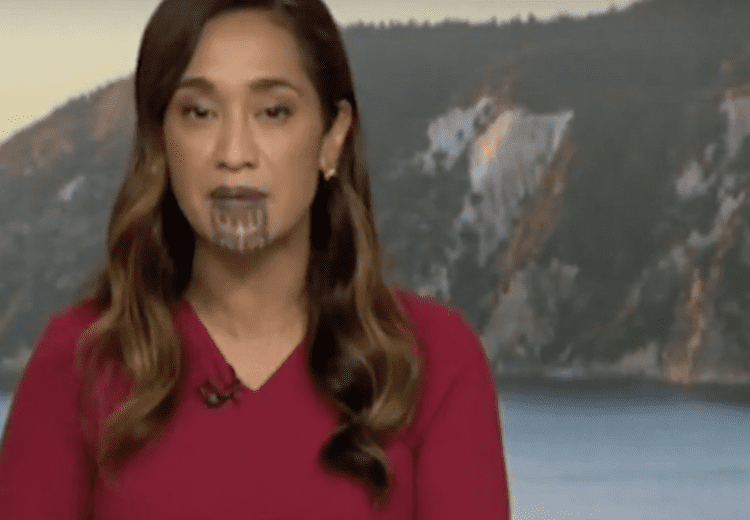 Oriini Kaipara, the newsreader who made history as the first-ever person on primetime TV with a Maori face tattoo, has hit back at a viewer who has taken offense at her facial markings.

The Māori people are an Indigenous and Polynesian group in New Zealand.

She shut down the remarks from someone who she said emailed her and described her tattoos as “offensive and aggressive looking” and a “bad look.”

She wrote: “Today I had enough. I responded. I never do that. I broke my own code and hit the send button,” she said.

“Thank you for all your complaints against me and my ‘moku’. I do find them very difficult to take seriously, given there is no breach of broadcast standards,”

“If I may, I’d like to correct you on one thing – it is moko not ‘moku’. A simple, helpful pronunciation guide of ‘Maw-Caw’ will help you articulate the word correctly.

“I gather your complaints stem from a place of preference on how one must look on-screen, according to you. Moko and people with them are not threatening, nor do they deserve such discrimination, harassment or prejudice.

“Moko are ancient cultural markings unique to the indigenous people of Aotearoa, myself included. We mean no harm or ill intent, nor do we deserve to be treated with such disregard. Please refrain from complaining further, and restrain your cultural ignorance and bias for another lifetime, preferably in the 1800s.”

She said: “The fact that my existence triggers some people is testament to why we need more Maori advocates in key roles across every sector.”

Lucky Numbers and Horoscopes for today 31 May 2022