Back in June another man died after jumping in the River Thames while being Tasered by officers. 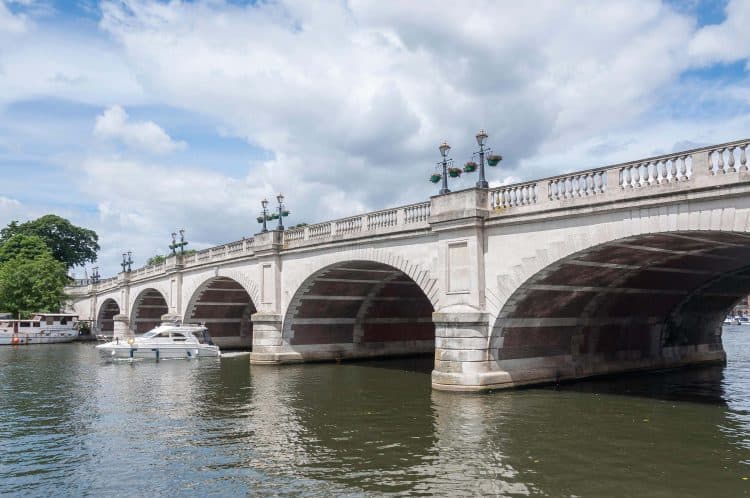 A man in his 20s has died after falling into the River Thames while being arrested by police.

Officers on patrol were alerted to a verbal altercation between a man and woman, who were known to each other, on Kingston Bridge in Kingston upon Thames, south west London, at about 10.30pm on Friday.

Scotland Yard said an allegation of theft was made and police were in the process of arresting the man when he entered the water.

He had not been placed in handcuffs, the force added.

Back in June a man who died after jumping in the River Thames while being Tasered by officers chasing him was armed with a plastic firelighter, the police watchdog has revealed.

It was previously believed that Oladeji Adeyemi Omishore, 41, was holding a screwdriver when two Metropolitan Police officers confronted and Tasered him on Chelsea Bridge.

Omishore died on June 6 – two days after he jumped into the river after police were called to reports of a man ‘armed with a screwdriver and shouting’.

They said: ‘We have confirmed Mr Omishore was holding a plastic and metal firelighter when he was approached by two officers on Chelsea Bridge. The initial report to police stated he had a screwdriver.

The Met’s Marine Policing Unit, National Police Air Service, London Fire Brigade and the RNLI were involved in a search to find the man.

He was recovered from the water at about 12.30am on Saturday and treated by paramedics but later pronounced dead.

The man’s family has been informed and enquiries are ongoing.

The Met said its Directorate of Professional Standards has made a referral to the Independent Office for Police Conduct (IOPC), which is conducting an independent investigation.

Deputy Assistant Commissioner Laurence Taylor said: “My thoughts, and those of the Metropolitan Police Service, are with the friends and family of the man who has sadly lost his life following this incident.

“I fully appreciate the public will be very concerned. We, of course, share that concern.

“The Met’s Directorate of Professional Standards made an immediate referral to the Independent Office for Police Conduct as is protocol in any incident in which a person comes to harm following police contact.

“We will fully support the IOPC’s investigation.”

IOPC investigators have taken initial accounts from the officers involved.

In a statement on its website, the IOPC said: “We have now begun the process of gathering and reviewing evidence, including footage of the interaction between officers and the man.

“Our thoughts are with the man’s loved ones and all those affected by his death.”