It comes as another person was warned by the police for holding up a blank piece of paper and others people have been arrested. 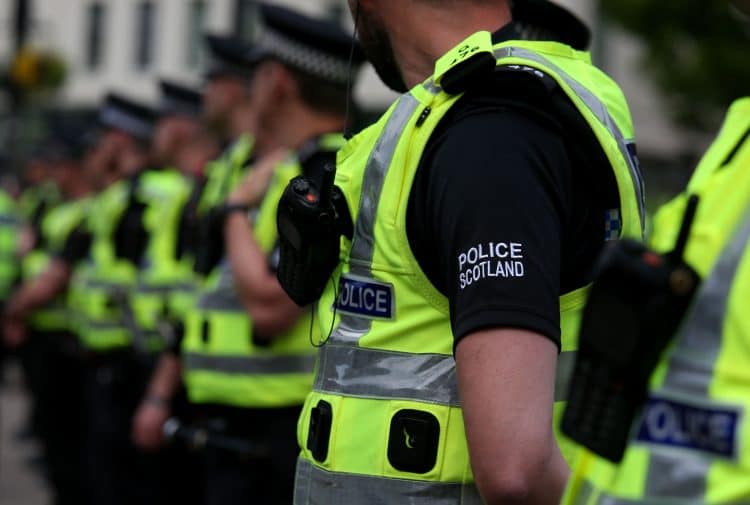 It comes as another person was warned by the police for holding up a blank piece of paper.

Paul Powlesland tweeted: “Just went to Parliament Square & held up a blank piece of paper. Officer came & asked for my details. He confirmed that if I wrote “Not My King” on it, he would arrest me under the Public Order Act because someone might be offended.”

Also, a 22-year-old demonstrator who held a banner saying ‘f**k imperialism, abolish the monarchy’ during the Accession Proclamation for the new King in Edinburgh has also been charged with breach of the peace.

The man was allegedly spotted with the potential projectiles near Duthie Park in Aberdeen on Sunday.

Police said he has been released on an undertaking and will appear before a court at a later date.

A spokesperson for Police Scotland’s North East Division said officers were required to attend near Duthie Park at around 11am.

The spokesperson said: “A 38-year-old man was charged for a breach of the peace in the vicinity of Duthie Park, Aberdeen, on Sunday, September 11, 2022. He was released on an undertaking to appear at court at a later date and a report will be sent to the procurator fiscal.”