The drug, best known for treating erectile dysfunction, has been found to help get life saving stem cells out of bones faster 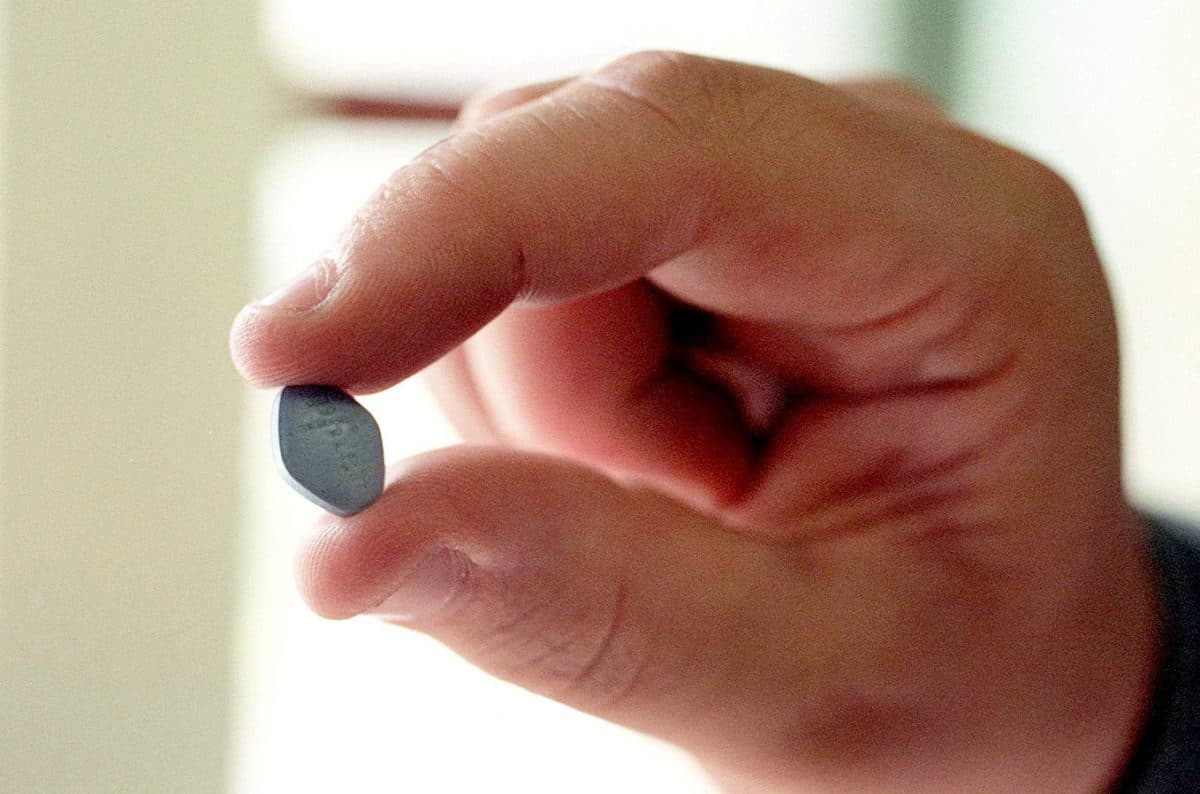 Viagra could be used to make painful bone marrow transplants easier on patients, according to a new study.

The drug, best known for treating erectile dysfunction, has been found to help get life saving stem cells out of bones faster.

The treatment could be life changing for patients with illnesses that mean they need regular transplants, children, and sickle-cell disease sufferers – who are put in danger by current transplant methods.

It could also help cancer patients who would otherwise need a stem cell donor after radiotherapy.

Getting stem cells out used to mean drilling into the hip bone and using a special needle to remove them directly from the marrow.

These days it’s more common to collect the cells from the blood using a drug called GCSF – which coaxes them from the bone marrow into the bloodstream – by injecting it over 4-6 days.

While it might beat drilling into the bone, it often causes pain and other side effects which some patients can’t tolerate.

The new study, from the University of California, showed combining Viagra with Prelixafor – another drug which gets the stem cells into the blood stream – could shorten the process to just two hours.

It involves an oral dose of Viagra followed two hours later by an injection of Plerixafor.

It started as treatment for high blood pressure, but it is now used to treat pulmonary hypertension, altitude sickness, pre-eclampsia – a condition affecting blood vessels in the placenta, and (of course) erectile dysfunction.

Study senior author Professor Camilla Forsberg said: “Our approach could significantly increase the number of patients who could benefit from bone marrow transplants.

“Even though there are already ways to do this, the standard regimen doesn’t work for everyone.

“Doctors could provide a one-time treatment for conditions that currently have to be managed over a patient’s lifetime.”

Prof Forsberg’s lab conducted the study in mice but researchers will need to carry out clinical trials in humans to confirm the treatment’s safety.

She added: “Both of the drugs are already approved by the Food and Drug Administration (FDA), however, and they are relatively inexpensive.

“As a result, the translation to clinical use could be much faster and less expensive than testing compounds not previously used in humans.”

Stephanie Smith-Berdan, a research specialist in Prof Forsberg’s lab, added: “When you dilate the blood vessels with Viagra, the cells mobilised by Plerixafor are better able to get out into the blood stream.

“If we can make bone marrow transplants a super safe procedure, there are a lot of other disorders for which it could be life-changing, especially for children.”

The findings were published in the journal Stem Cell Reports.