London Fire Brigade said they were called to The Mall in Walthamstow at 7.40am. 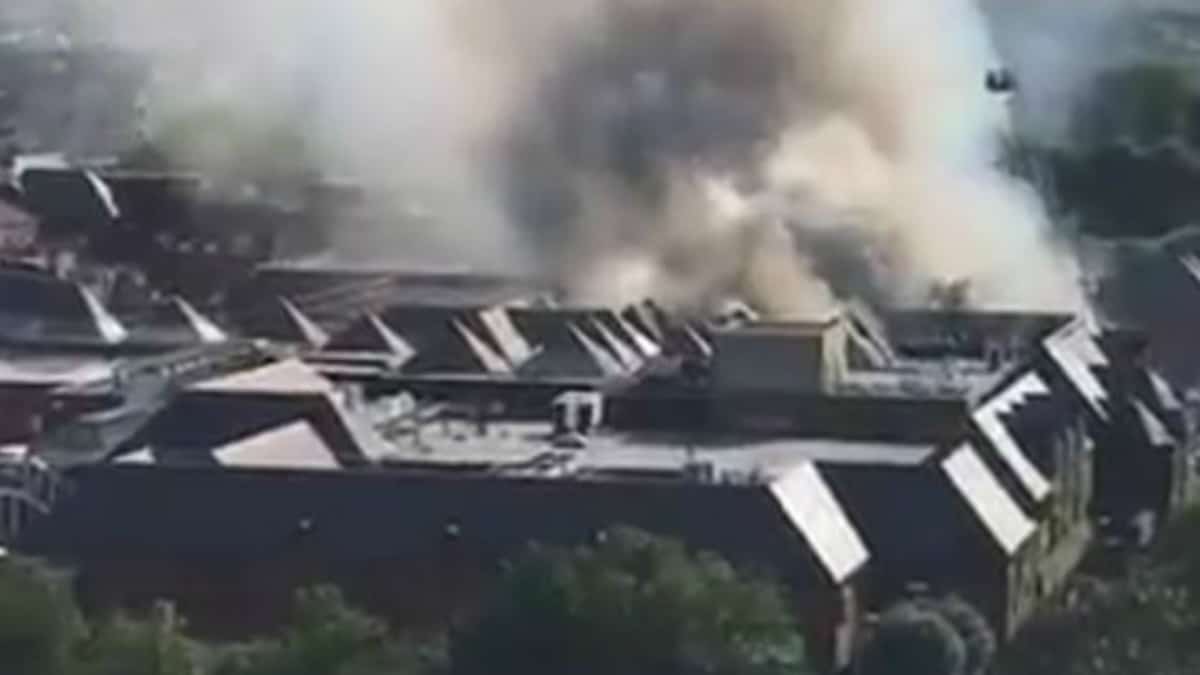 A major incident has been declared as more than 100 firefighters tackle a blaze at an east London shopping centre.

London Fire Brigade (LFB) said they were called at around 7.40am on Monday to The Mall on Selborne Walk in Walthamstow.

“Part of the roof of the two-storey building is alight,” LFB said. “The cause of the fire is not known at this stage.”

Waltham Forest Police tweeted saying “officers are dealing with a major incident” and advised people to avoid the area around the shopping complex.

Fire station manager Steve Smith said: “There is a lot of smoke so we would advise local residents to keep their doors and windows closed while crews tackle the fire.

“There are local road closures in place so motorists should avoid the area where possible.”

The Metropolitan Police said officers were called to the scene at 7.50am, adding that “no injuries have been reported”.

Images and videos posted on social media of the scene shows smoke billowing into the air and flames lapping part of the roof.

LFB said there are 15 fire engines at the scene, with crews from Walthamstow, Leyton, Tottenham, Leytonstone and Homerton in attendance.

Labour MP for Walthamstow Stella Creasy tweeted: “It appears there is a serious fire incident at the mall this morning, please keep back from area and let’s help the fire brigade do their job.”