The Centre for Food Policy isn’t the first institution to tell the UK government there is something deeply flawed in how British society approaches nutrition and the obesity epidemic. 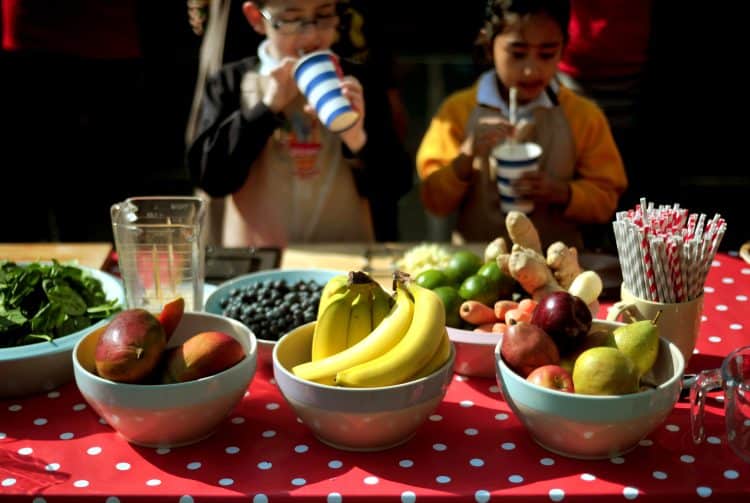 Between the rampaging Omicron variant and the fact many gyms and fitness centres across the UK are barely hanging on to solvency, 2022 was already shaping up to be an inauspicious time for those hoping to refocus on their New Year’s resolutions.

Earlier this week, however, experts at City University in London tossed another wet blanket on top of the pile with a new report for the government, in which the university’s Centre for Food Policy told ministers point blank that the British public is being “bombarded” with unhealthy food choices. Per the Guardian, the authors of the report spelled out in no uncertain terms that “even people trying really hard are thwarted in their efforts by unhealthy food options that are everywhere – they’re easy to find, cheap to buy, quick and appealing”.

The Centre for Food Policy isn’t the first institution to tell the UK government there is something deeply flawed in how British society approaches nutrition and the obesity epidemic. The Obesity Health Alliance (OHA), a grouping which includes the British Heart Foundation alongside Cancer Research UK and other public health groups, published its own report in September which decries the “obesogenic environment” facing British people from infancy.

Both reports call for systemic changes in how Britons interact with food and drink, emphasizing the need for concerted government action to ensure the foods and beverages people have on hand are healthier, and that healthy products are made more affordable. As the government takes up these and other recommendations, however, it also needs to keep an eye on how similar debates are playing out on the Continent.

One of the 30 recommendations put forward by the OHA in its September report, for example, is that the Department of Health and Social Care (DHSC) should “ensure nutrient information is displayed clearly on all food and drink products at point of sale, including online”, going on to mention “mandatory front-of-pack nutrient labelling” as one of the steps the DHSC should take. Among the options available, the report specifically mentions the Nutri-Score label first developed in France.

Nutri-Score, which builds off the colour-coding system used by the UK’s traffic lights label but also ascribes a letter grade ranging from “A” for the foods it considers healthiest to “E” for those it evaluates as unhealthiest, has touched off a diplomatic firestorm across Europe. Perhaps unsurprisingly for a system that aspires to boil something as complex as human nutrition (and centuries of European culinary tradition) down to a single letter, Nutri-Score has been lambasted by everyone from food scientists to artisanal cheese producers.

In an event hosted by the Italian think tank Competere in November, nutritional experts Dr. Francesco Visioli of the University of Padua and Dr. Ramon Estruch of the University of Barcelona both took Nutri-Score to task for its “non-scientific elements”. Visioli took issue with the labels’ focus on “individual foods and nutrients instead of the concept of diet” and its disregard for “the concept of portions”, while Estruch criticised the Nutri-Score algorithm for mixing “energy, food and nutrients” and failing to “highlight positive aspects such as high density of nutrients – mineral and vitamins”.

Those same complaints have been taken up by the producers of artisanal European food products penalised by the Nutri-Score system. Many of the harshest critiques have emerged from Nutri-Score’s native France, where the government has endorsed the label but where makers of famed cheeses including Roquefort and Maroilles are taking umbrage with the D and E grades assigned to their products. As one cheesemaker pointed out to French broadcaster TF1 earlier this week: “It is calculated based on a portion of 100 grams, but when you eat a piece of cheese, you’re not eating 100 grams”.

Similar debates have erupted in other countries where the Nutri-Score label has started appearing in stores. In Switzerland, the makers of the legendary Gruyère (which receives a “C” grade) have begun to echo the complaints of their counterparts in France, while in Spain, the olive oil and Iberian ham sectors have spoken out fiercely since the start of this year against government plans to adopt Nutri-Score, which they believe fundamentally mishandles Spanish gastronomy’s most iconic products.

These successive controversies have turned Nutri-Score into the kind of trap ministers spend their time trying to avoid.

In Spain, conflict over the adoption of Nutri-Score erupted within Pedro Sánchez’s own cabinet, with agriculture minister Luis Planas taking on consumer affairs ministers Alberto Garzón and stymying his attempts to push through adoption of the label. In France itself, agriculture minister Julien Denormandie has confessed that Nutri-Score’s controversial algorithm “needs review”, while the issue reportedly even came up in a meeting between Emmanuel Macron and Italian premier Mario Draghi at the end of November.

With the European Union currently trying to decide which front-of-pack label it should adopt for use across the bloc, the European Commission launched a public consultation this month that is set to continue through March. The outcome of that consultation, and of the broader debate over food labelling in the EU, should offer plenty of lessons for the UK, where the fight for good nutrition and against obesity is still one and the same.