The French president warned that “Europe alone cannot bear the consequences of the current situation”. 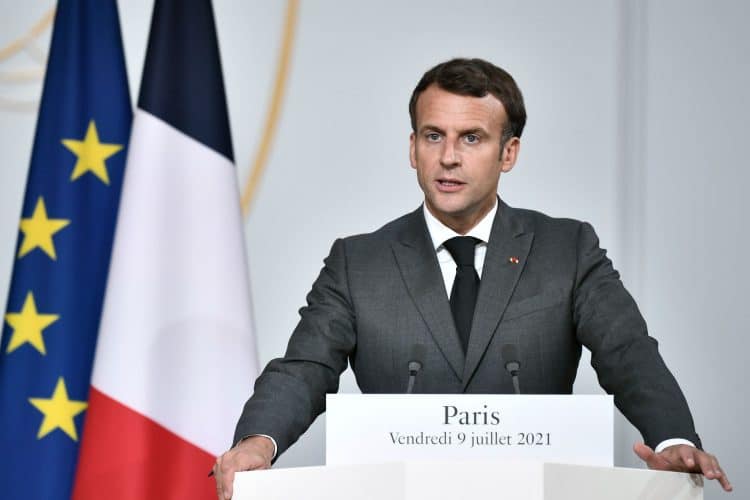 France will push for a European plan to “protect ourselves against major irregular migratory flows” from Afghanistan as people flee the Taliban, Emmanuel Macron said.

The “initiative” will focus on “the fight against irregular flows, solidarity in the effort, the harmonization of protection criteria and the establishment of cooperation with transit and host countries such as Pakistan, Turkey or Iran,” Macron said.

The French president’s intervention comes as Boris Johnson prepares to unveil a “bespoke” resettlement scheme for vulnerable Afghans as efforts to get British nationals and other support staff back to the UK continue.

Downing Street said the prime minister would provide more information about the refugee scheme in the coming days, with the policy anticipated to be focused on helping women and girls.

The Telegraph reported that the concept could be similar to that used to take in Syrian refugees in 2015, which saw women with children, people with serious medical conditions and survivors of torture prioritised.

The paper said the government had yet to determine how many Afghan refugees could benefit from a similar initiative, but the Syrian programme enabled 20,000 to be resettled over six years.

In Afghanistan, British armed forces numbers are to be bolstered to 900, with a further 200 announced by the Ministry of Defence on Monday.

They will be involved in the push to bring UK nationals home and secure the safety of selected Afghans, an effort that has intensified since the Taliban took Kabul following their lightning offensive which has shocked the West.

The decision to send in additional troops follows frantic scenes at Kabul airport that left seven people dead, including some who fell from a departing US military transport jet.

However, in a defiant statement, US President Joe Biden said he stood “squarely behind” the decision to withdraw American troops from Afghanistan, vowing not to let the war enter a “third decade”.

A Downing Street spokeswoman said: “The UK team in Afghanistan is working around the clock in incredibly difficult circumstances to help British nationals and as many others as we can get to safety as soon as possible.

“At the same time, we are bringing together the international community to prevent a humanitarian crisis emerging in Afghanistan – it’s in everyone’s interest not to let Afghanistan fail.

“That means providing whatever support we can to the Afghan people who have worked so hard to make the country a better place over the last twenty years and who are now in need of our help.”