London Zoo is on lockdown after a huge blaze ripped through the cafe – next to the beloved meerkats. A team of 70 fire fighters and ten engines spent two hours tackling the blaze after a 999 call was made at 6.08am. The flames were near the children’s petting zoo and meerkat enclosure but Zoo […] 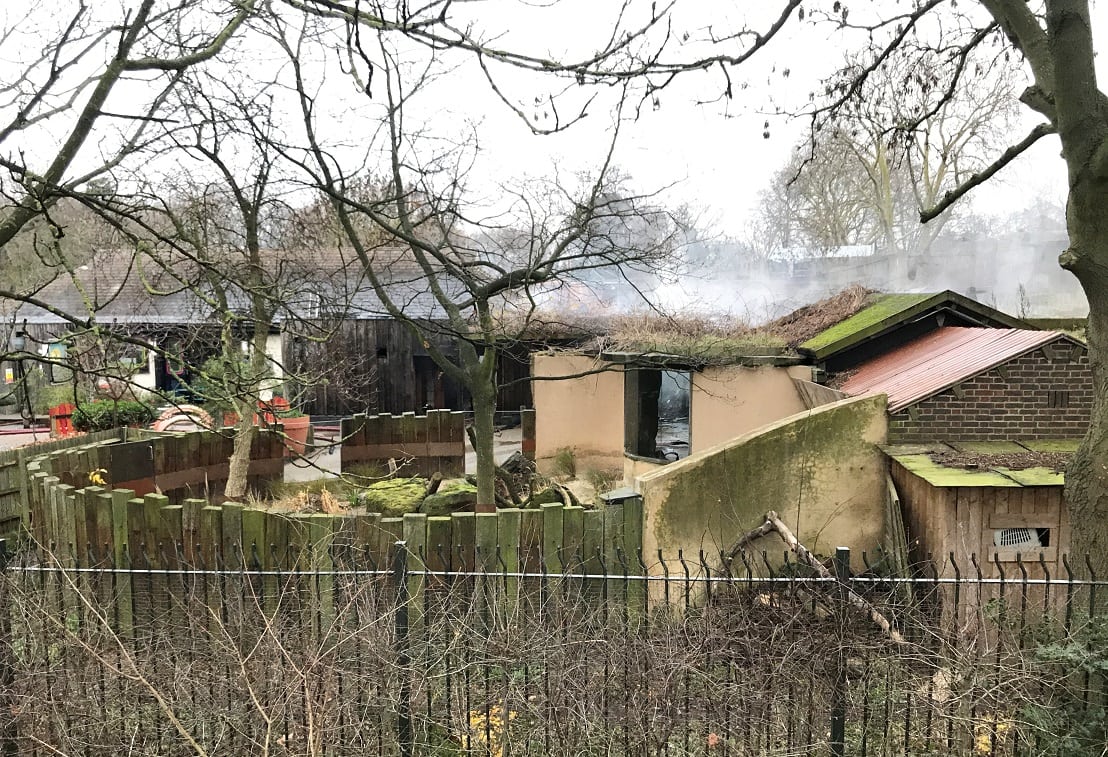 London Zoo is on lockdown after a huge blaze ripped through the cafe – next to the beloved meerkats.

A team of 70 fire fighters and ten engines spent two hours tackling the blaze after a 999 call was made at 6.08am.

The flames were near the children’s petting zoo and meerkat enclosure but Zoo officials refused to say if any animals had been hurt.

Flashing blue lights of fire trucks could been seen inside the zoo as at least three engines waited outside.

The blaze is understood to have taken around two hours to extinguish and has left the air surrounding the top end of the park thick with smoke and burning plastic.

A dog walker said: “I could smell the fire from Camden Town, I thought it was going to be a huge blaze but it seems like they’ve got it, so I’m quite pleased.”

A firefighter walking into the zoo said: “They were tackling it for a couple of hours but by the sounds of it they’ve pretty much got it.”

ZSL people press officer Emma Edwards said: “The fire is in the adventure shop and cafe and the closest animals are in the children’s zoo, a petting zoo with meerkats, porcupines, goats, pigs and other farmyard animals.”

A spokesperson for London Fire Brigade said: “The first call was made at 6.08am this morning and ten engines with two cranes and 70 firefighters attended the scene.”