"Stop posting spoilers for lockdown 3 I haven't finished the second series yet." 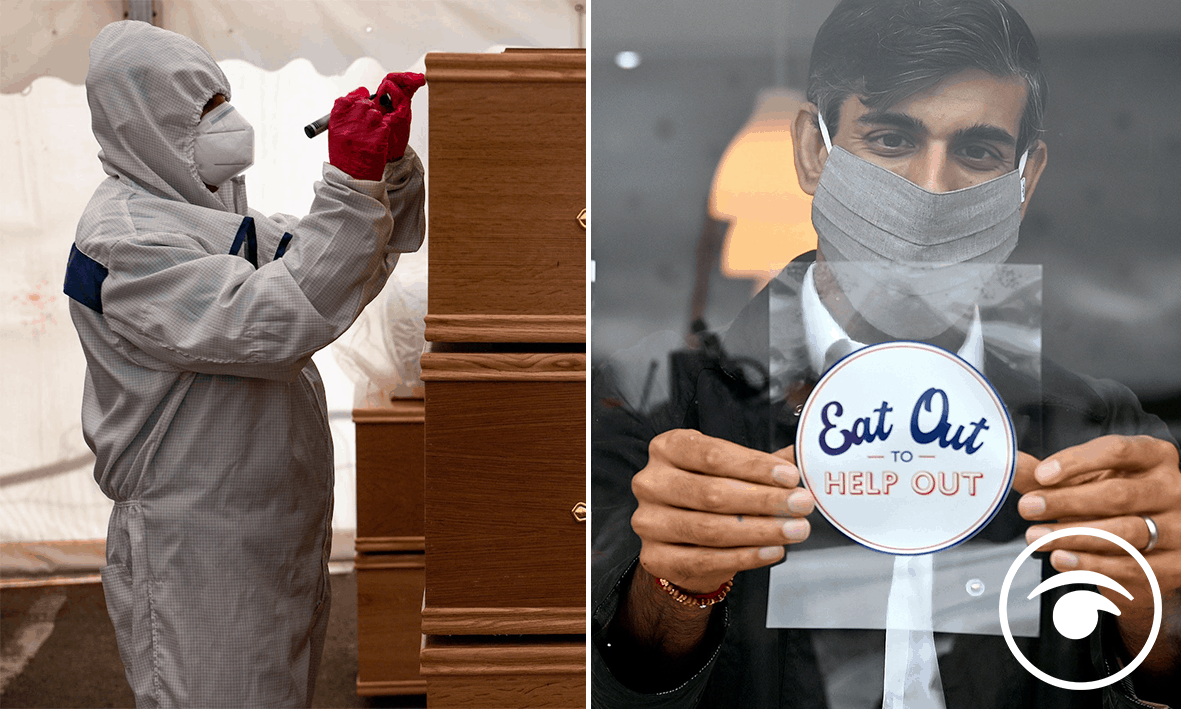 The UK economy surged out of recession with record growth of 15.5% between July and September, but official figures show the recovery slowed sharply even before the second lockdown.

The Office for National Statistics (ONS) said the economy grew 1.1% month-on-month in September as the recovery since the nadir of the recession in April began to run out of steam.

Data shows that at the end of September, the economy was still 8.2% below levels seen in February before the crisis struck despite the record-breaking jump in gross domestic product (GDP) in the third quarter.

Chancellor Rishi Sunak warned growth is likely to slow further over the fourth quarter and said there are “hard times ahead”.

Eat Out To Help Out

With this in mind Sunak declined to rule out further measures similar to the Eat Out To Help Out scheme when the economy reopens the second lockdown, at the beginning of December.

He told Sky News that the government would look at a “range of things” to “get consumers spending again and people out and about”.

The original meal discount scheme saw over 100 million meals subsidised by the government, in August, at a cost of more than £500m. Their have been criticisms that this led to a spike to Covid infections adding to the need for a second lockdown.

Watch: Minister rejects police warning of increase in crime due to cost of living is guilty of not having a ‘clue’

Now many people on social media believe this new scheme would cause a third lockdown.

Here are some of the best reactions