"You're stuck in 2016 La La land and haven't been listening to the industry in the 6 years since," tweeted Dr Mike Galsworthy. 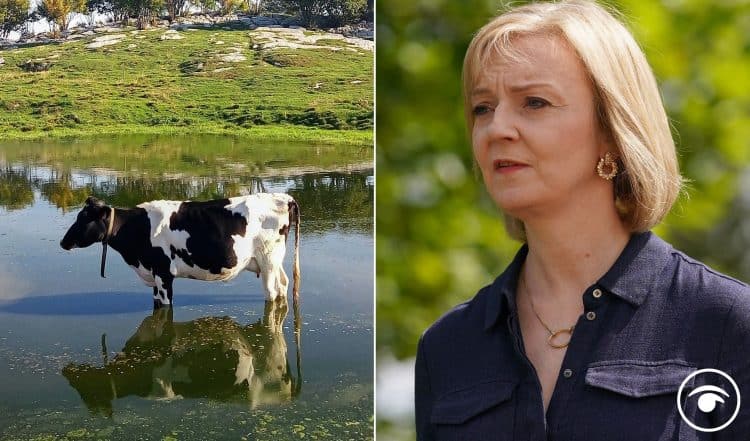 Liz Truss has pledged to “unleash British food and farming” in order to improve the nation’s food security.

The Tory leadership hopeful said she would “remove onerous EU regulations and red tape” if she becomes prime minister, without going into much detail on which laws she would abolish.

She also promised to tackle the labour shortages in farming, partly caused by post-Brexit freedom of movement restrictions, with a short-term expansion to the seasonal workers scheme.

Jacob Rees-Mogg is a fan of course.

Who can forget the video of Ms Truss during her time as environment secretary went viral when she gave an enthusiastic speech about opening pork markets during the 2014 Tory Party conference?

She caused further hilarity by saying that two-thirds of cheese sold in Britain was imported, with an unusually emphatic delivery of the line: “That is a disgrace”.

If you have missed this then here it is.

This satire video is also worth a watch:

A recent Government report warned that labour shortages “caused by Brexit and accentuated by the pandemic” were badly affecting the food and farming sector, often forcing farmers to leave fruit rotting in the fields and cull healthy pigs.

Truss should perhaps look at her own onerous trade deals signed off with New Zealand.

Also staying with the antipodean nations, some famous British goods could lose out under the UK trade deal with Australia, a Commons committee has said.

The International Trade Committee Chair criticised “flat-footed” Government negotiating tactics, as cross-party MPs flagged concerns that household-name British products are set to lose out under the first full trade deal to be signed since Brexit.

The Department of International Trade (DIT) hit back at that criticism, accusing the committee of “fundamentally misunderstanding” the trade deal provisions and stressing that protections do indeed exist aside from so-called “geographic indications”.

Post-Brexit trade deals aside, the idea of a bonfire of the regulations for farming has got more than a few people worried.

Then there is always this classic from New Zealand TV…