Liz Truss pictured with Spice Girl and the internet responded

"I wouldn't be surprised if she's appointed the new treasurer on 5th September," said one person after seeing the picture of Truss and Geri. 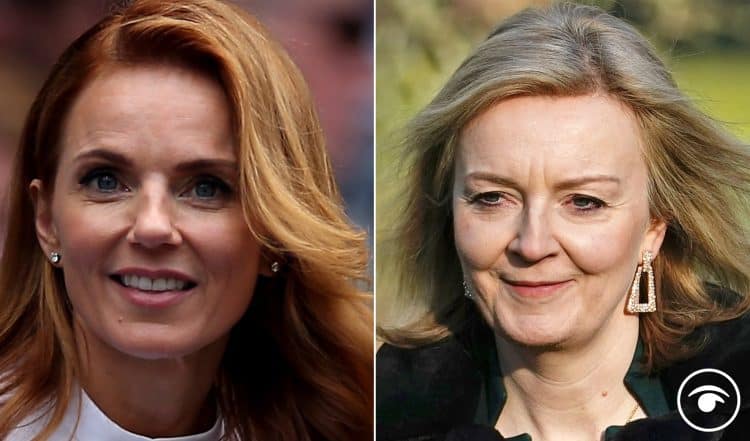 Some people were a tad surprised that Nadine Dorries was snapped with former Spice Girl Geri Halliwell (now Horner) celebrating the Lionesses’ famous victory over Germany.

England beat Germany 2-1 after extra time in front of 87,000 supporters at Wembley Stadium on Sunday, securing the first major tournament title for the country since 1966.

The TV audience peaked at 17.5million on BBC One.

However, Geri does appear a soft spot for the Tories and especially Margaret Thatcher.

But if that wasn’t enough another picture has emerged of Geri with her arms around Tory leadership favourite Liz Truss.

It might be a tad hypocritical as Liz Truss launched personal attacks on Nicola Sturgeon, something which could further strain the relationship between Westminster and Holyrood if the Tory leadership hopeful becomes the next prime minister.

The Foreign Secretary labelled the First Minister an “attention-seeker” who should be ignored, while Ms Truss’s ally, Jacob Rees-Mogg, said the Scottish National Party leader is “always moaning”.

Also, Geri was the original Brexiteer…apparently.

The puns rolled in, as Liz Truss hopes two become one in the leadership race, sorry.

Related: As Lionesses roar to victory all the people you expect use the win to stoke gender debate

Watch: Rishi Sunak’s clip claiming Brexit has been a great success is debunked in viral video