"Nadine Dorries has just congratulated the English Leopardesses for winning the Commonwealth Squash Tournament at Twickenham." 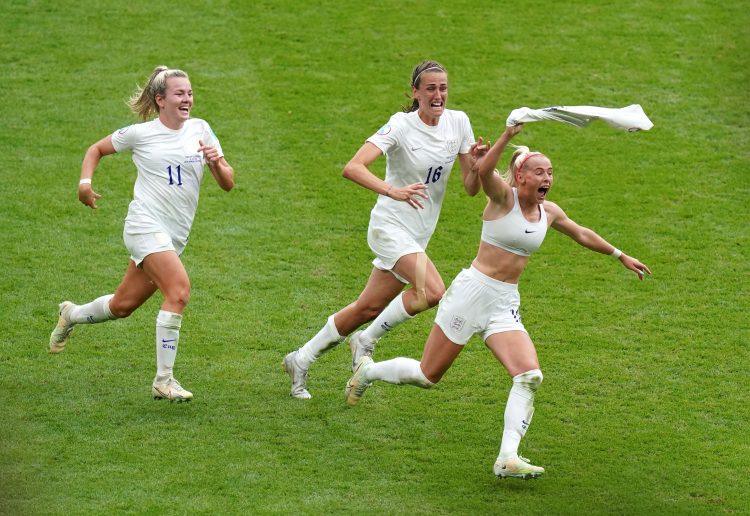 England’s historic Euros triumph has changed the way the women’s game is viewed, a former player has said, as thousands of fans gear up to celebrate the Lionesses’ victory in central London.

England beat Germany 2-1 after extra time in front of 87,000 supporters at Wembley Stadium on Sunday, securing the first major tournament title for the country since 1966.

The TV audience peaked at 17.5million on BBC One.

It smashes the previous record of 9.3 million, achieved a few days earlier by the Euro 2022 semi-final between England and Sweden.

It’s also the most-watched moment of the year by far.

According to Barb data, the average viewership for the final was 11 million.

The men’s Wimbledon final achieved a peak viewership of 7.5million.

A few people were curious about this.

“Geri really does do everything she can to p*** on her legacy. Madness,” one tweet read.

“Geri really slammed the left and shook herself to the right huh,” one Twitter user joked.

This was quite amusing:

It shouldn’t come as a surprise though when news of Thatcher’s death broke on Geri tweeted: “Thinking of our 1st Lady of girl power, Margaret Thatcher, a greengrocer’s daughter who taught me any thing is possible…x.”

She then deleted the tweet as she was bombarded with abuse.

However, a few days later she clarified her position when she said “She (Thatcher) had the courage to stand by her convictions. Not like me. I look at my behaviour, which exposed how weak I was under fire, not like Margaret Thatcher. Rest in peace.”

Related: As Lionesses roar to victory all the people you expect use the win to stoke gender debate