“I'm not sure how he kept it together when he told me that this, combined with my weight, had given me a Body Mass Index (BMI) of 28,000. For reference, a BMI of 40 or more is considered morbidly obese - so I'm not sure what this would have made me.” 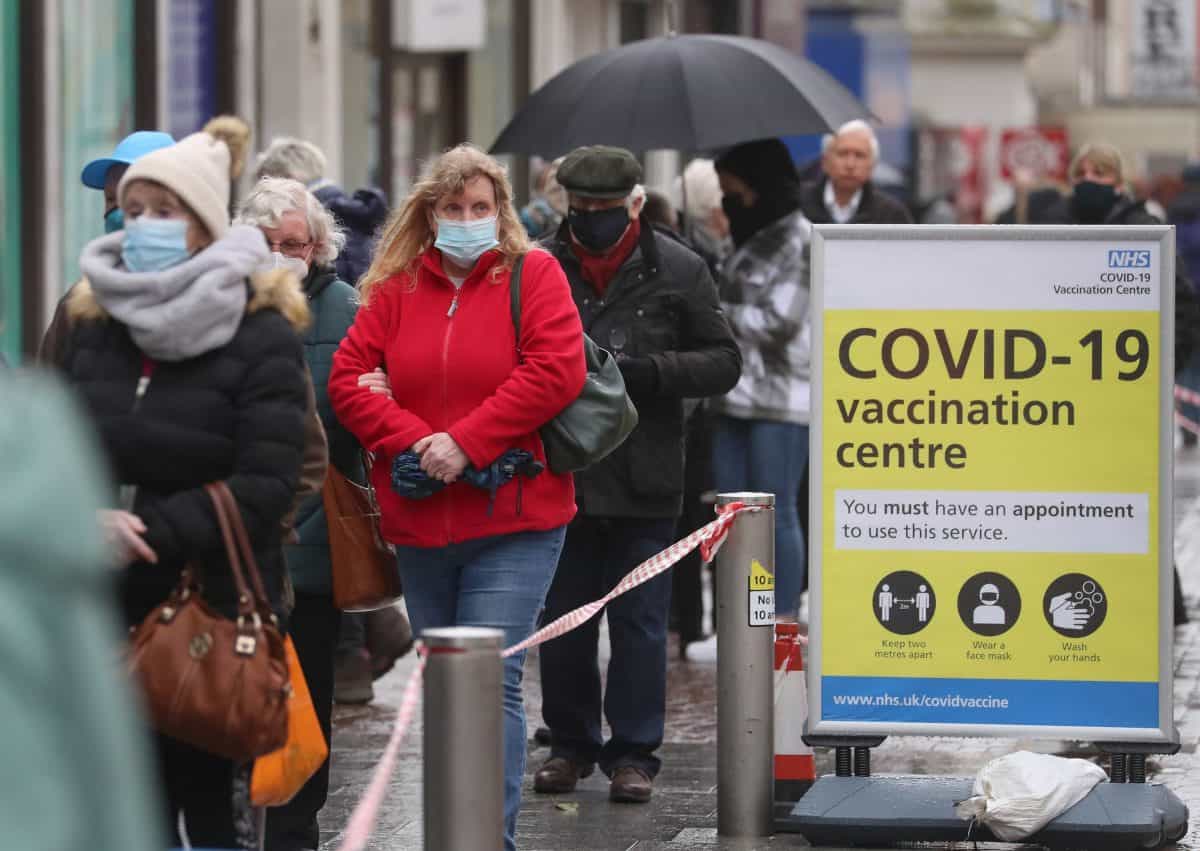 A journalist in Liverpool was invited to receive a Covid-19 vaccine – because the NHS has mistakenly recorded his height as just six centimetres.

Liam Thorp, Liverpool Echo’s political editor, said he was “really surprised” to be invited for a jab, because he is 32-years-old and has no underlying health conditions.

Having initially booked his appointment, he said began feeling “uneasy about the situation” – so rang his GP to ask if there had been a mistake.

The following day, he received an awkward phone call from his GP, who informed him that his details had been incorrectly entered into the system.

Recounting the story in the Echo, Thorp wrote: “The man from the surgery took a sharp intake of breath and tried to remain composed as he informed me that rather than having my height registered as six foot two, it had been put into the system as 6.2 centimetres.

“I’m not sure how he kept it together when he told me that this, combined with my weight, had given me a Body Mass Index (BMI) of 28,000. For reference, a BMI of 40 or more is considered morbidly obese – so I’m not sure what this would have made me.”

The mix-up means Thorp is unlikely to receive his vaccine any time soon, but despite being “stunned” he said the whole affair had been “so funny”.

“If I had been less stunned, I would have asked why no one was more concerned that a man of these remarkable dimensions was slithering around south Liverpool,” he wrote.

“Obviously I had to share what has just happened on Twitter, and things went a bit crazy. It wasn’t long before I was being repeatedly described as the obese pancake man – in honour of my new found physique.

“I also shared a humorous interaction I had with my no-nonsense mother from the night before. Having told her that I’d been placed into the morbidly obese category by the GP, she didn’t bat an eyelid and instead texted back to say this was perhaps the ‘wake-up call that I needed’. Mums always know best.

“The tweet has so far had close to 100,000 likes and 11,000 retweets (far more than anything I’ve received for any actual journalism), and I’m thoroughly enjoying being labelled a Fat Tom Thumb.

“But there actually is a potential issue that this turn of events has brought to life.The vaccine roll-out is going incredibly well in the UK – and in Liverpool where I live, NHS workers and volunteers are working round the clock to get as many people offered a jab as possible.

“But with such an enormous operation underway, there are bound to be some mix-ups (although maybe not many as amusing as this one).”

Thorp got in touch with the local Clinical Commissioning Group (CCG), who – despite seeing the hilarity of the situation – urged anyone who thinks they have been mistakenly called up for a vaccine to get in touch with their GP.

Dr Fiona Lemmens, chair of Liverpool CCG told the Echo: “I can see the funny side of this story but also recognise there is an important issue for us to address. There are millions of GP appointments taking place every day and while we take care to make sure records are accurate occasional data errors do occur.”

“We are grateful to Liam for his honesty and for alerting his GP practice when he received his vaccination invitation. We would encourage anyone who has received a text invitation that they think they are not eligible for at this stage, to contact their GP practice to clarify. This will help ensure that more vulnerable people get vaccinated first.”