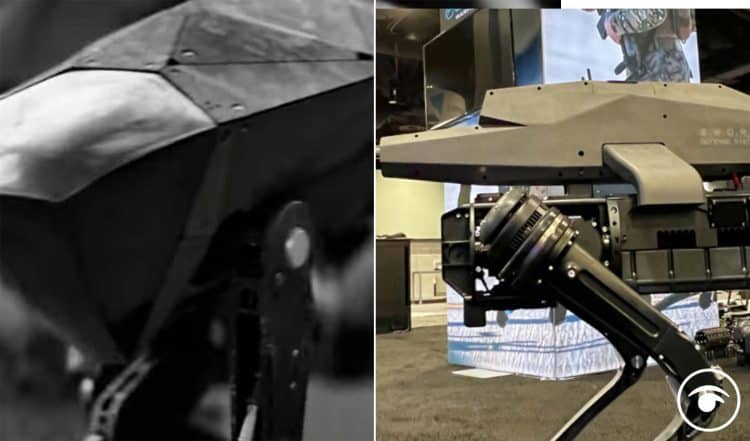 It is the stuff of nightmares but it has become reality. Military security firm Ghost Robotics has built a mechanical dog capable of carrying a remote-controlled rifle on its back.

The Special Purpose Unmanned Rifle (SPUR) is comprised of a 6.5mm Creedmore rifle from weapons company SWORD International combined with the quadruped unmanned ground vehicle from the robotics firm…It can fire bullets up to a 1200-metre distance.

At the Association of the United States Army’s 2021 annual conference, held in Washington, DC on October 11-13, the Q-UGV on display featured a rifle mounted in a pod on its back.

It is also possible it could use artificial intelligence to detect and “lock on” to potential targets, although a human operator may be ultimately responsible for pulling the trigger, reports The Independent.

For those of you who haven’t seen the episode of the dystopian TV show Black Mirror here is a clip.

Of all of the Black Mirror episodes, it is one of the most troubling, and very few of them are much fun, let’s be honest.

Safe to say there wasn’t a happy ending…

And here are the ‘real’ ones in all their terrifying glory. Spot the difference? We can’t.

Most right-minded people are terrified at the prospect of automated robot machine gun-wielding dogs, which shouldn’t really come as any surprise…

One person did see one positive…