“To use parliamentary privilege to smear a journalist – knowing you can’t be sued for defamation because you are saying it in Parliament – is extremely troubling. 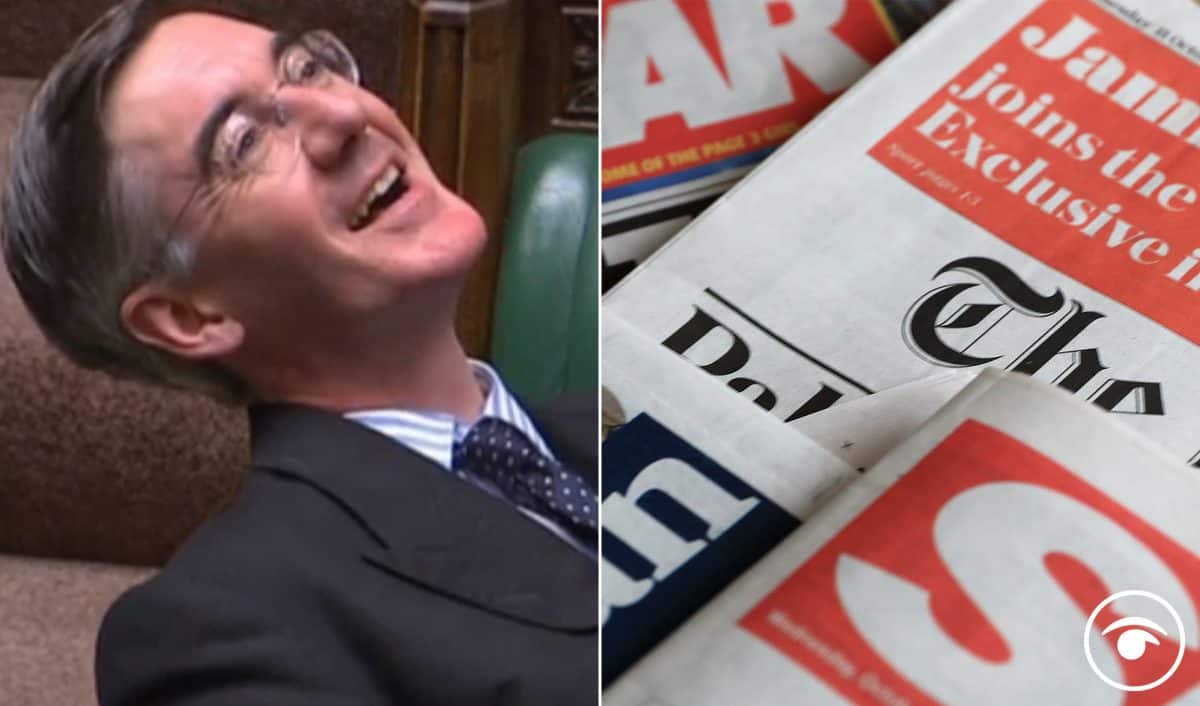 Jacob Rees-Mogg was accused of smearing a journalist and was urged to apologise during a row over trade deal remarks made by the Foreign Secretary.

A leaked video call, published by the HuffPost UK website, suggested Dominic Raab told officials the UK should strike trade deals with nations that do not meet European standards on human rights.

Speaking with the protection of parliamentary privilege, Mr Rees-Mogg told MPs: “It’s a very cheap level of journalism, it’s not a proper way to behave and he was absolutely clear that there are behaviours that mean you can’t trade with people, and he said that if only people had bothered not to clip the recording unfairly, improperly and broadly dishonestly.

“And I think we should look at that type of poor-quality online journalism. It’s not the sort of thing that would happen in The Times.”

HuffPost deputy political editor Arj Singh, the journalist who wrote the article, posted the clip and wrote “judge for yourself” in response to Mr Rees-Mogg’s initial criticism.

He also wrote on Twitter: “Jacob Rees-Mogg has also misled Parliament by accusing HuffPost UK of using a ‘cheat’ to ‘edit’ the recording – this is not true, we did not edit any recording passed to us and quoted it in full.”

Commons leader Jacob Rees Mogg has just told MPs that Dominic Raab's own comments which came out of his own mouth and were recorded on tape were "shockingly distorted by low quality journalism" by me.

HuffPost UK editor-in-chief Jess Brammar tweeted: “To use parliamentary privilege to smear a journalist – knowing you can’t be sued for defamation because you are saying it in Parliament – is extremely troubling.

“We stand by Arj and his journalism. Produce your evidence, Jacob Rees-Mogg, or retract and set the record straight.”

Labour shadow Commons leader Valerie Vaz later raised a point of order and said of Mr Rees-Mogg: “He may have inadvertently misled the House when he used words like ‘cheat’ and ‘edit’ the recording about something I raised in relation to the Foreign Secretary.

“I’ve had this from the journalist in question and the HuffPost: ‘We did not edit any recording passed to us and quoted it in full.’

“If the Leader is not prepared to repeat it outside then he must withdraw it and apologise now, otherwise he’s casting aspersions on the integrity of a journalist.”

But Mr Rees-Mogg repeated a Foreign Office statement which claimed the audio containing Mr Raab’s remarks had been “deliberately and selectively clipped to distort” them.

He told MPs: “If the journalist didn’t clip it himself, he ought to have known it was clipped. He is either a knave or a fool.”

The Prime Minister’s press secretary Allegra Stratton refused to say whether No 10 endorsed the Commons Leader’s description and said it was a matter for Mr Rees-Mogg whether he chose to repeat the comments outside Parliament, without the protection of privilege.

She added that the Prime Minister “would encourage all journalists, when running quotes, to make sure that quote fully reflects the audio and the view that the individual is trying to get across”.

Mr Johnson, while a journalist, was sacked from The Times for making up a quote – he later claimed he “mildly sandpapered” the comment.

The exchange is the latest clash between a Government minister and HuffPost.

Equalities minister Kemi Badenoch was widely criticised for accusing Nadine White of “creepy and bizarre” behaviour after the then HuffPost reporter sent a standard request for comment to a Government press office.

The minister published correspondence between the journalist and officials in launching the attack, which led to an alert about the risk to media freedom being registered with the Council of Europe.

The Cabinet Office later dismissed a complaint against Ms Badenoch by arguing her tirade was issued from a “personal” Twitter account.

Earlier this month the Government published the UK’s first national action plan aimed at protecting journalists from abuse and harassment.

Journalists have reported suffering abuse and attacks, such as being punched, threatened with knives, forcibly detained and subjected to rape and death threats, the Department for Digital, Culture, Media and Sport (DCMS) said at the time.

Commitments in the action plan included training for police officers and journalists, while prosecution services across the UK have reaffirmed their commitment to taking a robust approach to crimes against reporters.