During the lockdown months of April and May 2020, roughly one-fifth of all offences recorded by the police were domestic abuse-related. 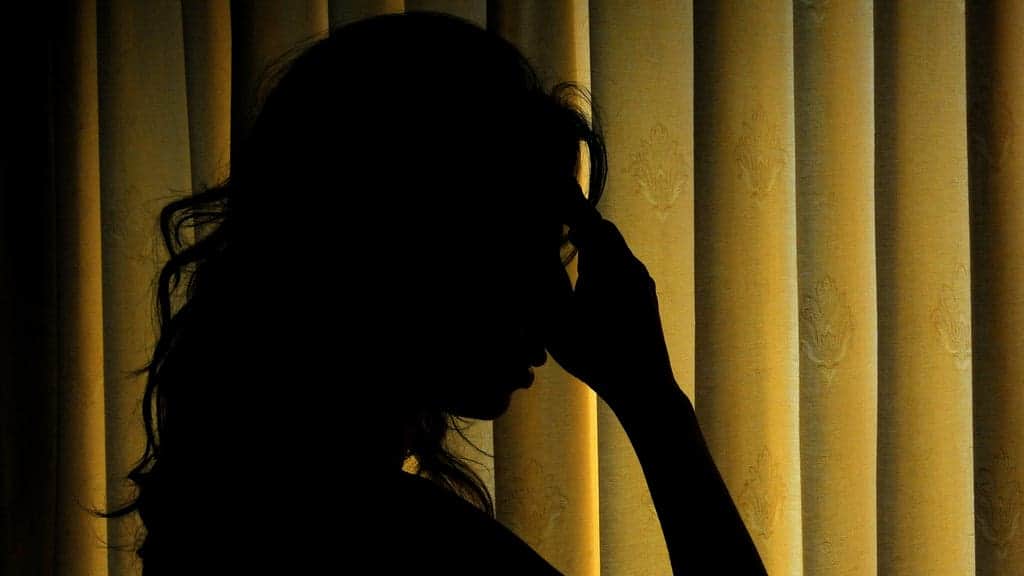 As if the steadily worsening coronavirus outbreak wasn’t bad enough, the UK is now dealing with a “pandemic inside a pandemic.” Rates of domestic and sexual violence are soaring amidst ever-lengthening lockdowns, while domestic abuse charities are fielding an onslaught of calls from victims and their concerned loved ones. There have even been reports of perpetrators faking Covid symptoms so as to stay home with, and further entrap, their victims. With the coronavirus pandemic shining a global spotlight on how vulnerable women and girls are targeted whenever conflict or crisis breaks out, could the pandemic herald a sea change in how policymakers address the issue of crisis-linked sexual violence?

High-profile activists, including actress Nicole Kidman and Nobel Peace Prize recipient Nadia Murad, herself a survivor of conflict-related sexual violence, have long worked to raise awareness of the seriousness of the issue. Kidman described feeling profoundly vulnerable while playing domestic abuse survivor Celeste on the hit television series Big Little Lies; meeting with survivors during her work with the United Nations pushed her even deeper into advocacy for victims of the ongoing “shadow pandemic”. “Everyone has a role to play and power to contribute to ending violence against women and girls, even during this pandemic,” Kidman wrote last month.

This is a sentiment no doubt deeply held by 27-year-old activist Nadia Murad, who was forced into sexual slavery by the Islamic State in Iraq after her minority Yazidi community was invaded by militants in 2014. After finally escaping and rebuilding her life in Germany, Murad has been a tireless advocate for vulnerable women and girls all over the world.

In a recent speech at a virtual U.N. meeting, Murad argued that travel restrictions and stay-at-home orders, though issued in the interest of public health, are worsening domestic tensions while  “increasing human trafficking farther underground, out of sight of law enforcement.” Resources for prevention, rescue and rehabilitation of victims of sexual violence—already shamefully scarce before the pandemic— are “being stretched thin.”

Unfortunately, this latest uptick in sexual violence follows a long and shameful tradition in which incidences of gender-based violence skyrocket during periods of crisis. If this tragic pattern is repeated over and over again, it is in part because social stigma has all too often prevented communities from learning the lessons of the past. There is no better living example of this than the plight of the Lai Dan Han and their mothers, who have yet to receive the smallest bit of justice for the horrific experiences they have suffered through.

Tragic lack of recognition for the Lai Dai Han

The Lai Dai Han are a community of thousands of children born to Vietnamese women raped by South Korean soldiers during the Vietnam War. Though this group has been championed by a number of British politicians, as well as Murad herself, they have yet to receive any form of acknowledgement— let alone compensation—from South Korean authorities in relation to the terrible abuse and ostracization they have endured.

Compounding the appalling assaults themselves, the Lai Dai Han mothers and their half-Korean children, meanwhile, have been banished to lifetimes of stigma, prejudice and community rejection. In Vietnam, the Lai Dai Han and their mothers faced acute poverty and limited access to education and social services, while South Korea has done nothing to help the women raped by their soldiers or the children born from these assaults.

To its credit, the UK has paid particular attention to the Lai Dai Han’s plight. Former UK Foreign Secretary Jack Straw is an international ambassador for the campaign group Justice for Lai Dai Han (JLDH) is tirelessly fighting for the 800 victims still alive today, as well as the countless others who have already passed away, and a sculpture commemorating the Lai Dai Han was unveiled in 2019 in St. James’s Square.

Nevertheless, Seoul has yet to acknowledge or investigate the allegations of the Lai Dai Han community, let alone offered an official apology. As one survivor, Tran Thi Ngai, explained to a London audience in 2019, how can dignity be restored to victims if the international community insists on turning a blind eye to the prosecution of criminals who “enjoy more rights, freedom and life than the victims themselves”?

Past instances of crisis-related sexual violence, such as that endured by the mothers of the Lai Dai Han, have usually proved easy to sweep under the rug. Localized to one country or region, survivors face an uphill battle in having their voices heard by the international community. In communities where domestic violence is culturally ubiquitous, local police forces may sideline violence against women and children as a “family matter.”

The scale of sexual violence and domestic abuse crisis sparked by Covid-19, however, is undeniable: close to 250 million women and girls around the world are estimated to have been the target of sexual or physical violence by a partner in the past 12 months, and over 100 women are killed by a family member every day.

The UK has certainly not been spared. During the lockdown months of April and May 2020, roughly one-fifth of all offences recorded by the police were domestic abuse-related, a five percentage point increase on the previous year. Calls to domestic abuse hotlines, meanwhile, soared—between April and June 2020, calls for one British hotline increased 65 per cent compared to the last three months before the pandemic hit with a vengeance. A study from the University of Birmingham, meanwhile, warned that this uptick in violence may have long-term deleterious effects on victims.

Despite these worrying signs, there is some encouraging news: the UK is finally on track to appoint its first domestic abuse commissioner, and recently rolled out a new high-street code to help domestic violence victims seek assistance from pharmacists. With Covid-19 putting a global spotlight on what decades of experience have sadly proven, that gender-based violence spreads rapidly in a crisis, Britain now has an opportunity to take the initiative and lead global efforts against this scourge on society.