“Confusion reigns among parents, teachers and pupils over who will be back in school tomorrow and who won’t.” 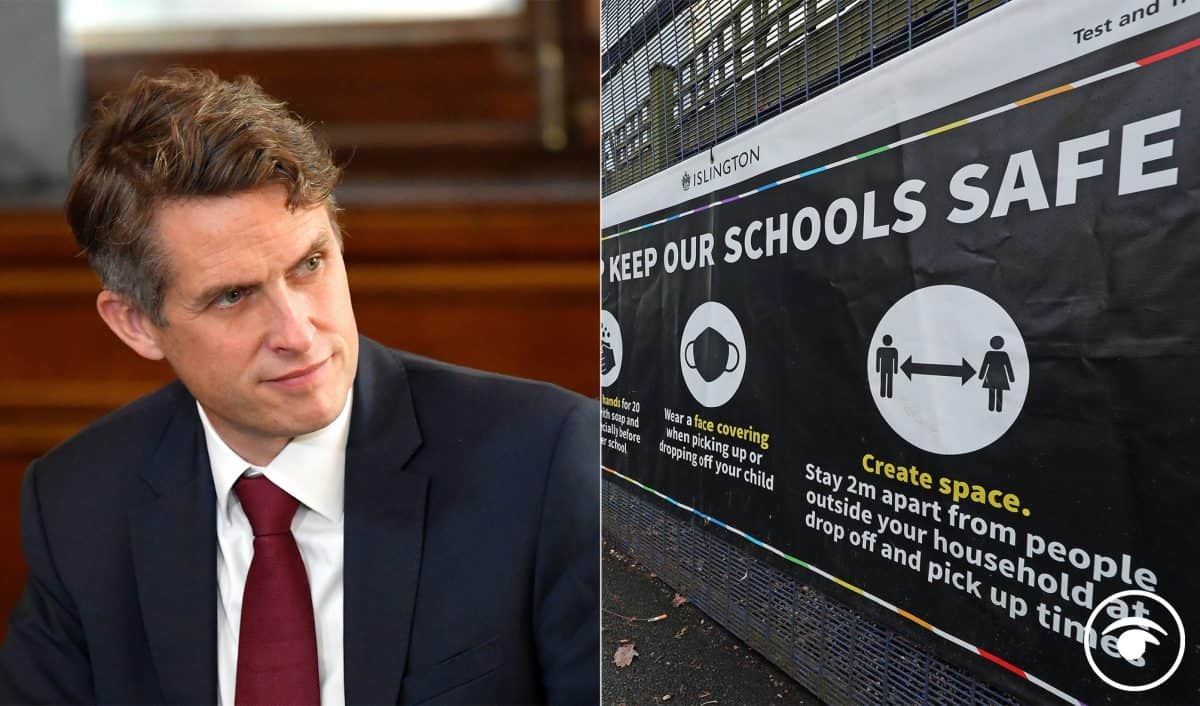 Confirmed Covid cases were higher than 50,000 for the fifth day in a row when UK figures were released on Saturday with a record-high of 57,725 lab-confirmed cases and another 445 deaths within 28 days of a positive test.

These stark figures have increased pressure on the Government to keep all school children in England learning from home when the new term starts next week amid fears over the spread of the new strain of Covid-19.

Meanwhile, the National Association of Headteachers (NAHT) and the ASCL have begun legal action against the government, demanding it reveal the safety evidence for its reopening schedule, given the higher transmissibility of the new Covid variant.

Paul Whiteman, general secretary of the NAHT, said: “Headteachers are in an impossible situation. The government’s simplistic approach of ‘schools gates open’ or ‘school gates closed’ means they’re hamstrung. It’s going to be a difficult couple of days. We hope the government brings clarity as soon as possible this weekend, or early next week.”

He added: “This represents a significant step for us to have taken as a union, and it is not a decision we have taken lightly,”

According to the union, the process covers “a wide range of issues from the scientific advice the government is drawing on, right through to the proposed arrangements for covid testing in schools”. The ASCL union has also joined the action, and the DfE has until 4pm on Monday to respond.

Gavin Williamson confirmed on Friday that all London primary schools will remain shut to most pupils next week – rather than just those in certain boroughs as set out earlier in the week – but teaching unions say all schools should close for the next two weeks.

On Saturday evening, the Department for Education said remote learning was “a last resort” and classrooms should reopen “wherever possible” with appropriate safety measures to help mitigate the risk of transmission.

“As we’ve said, we will move to remote education as a last resort, with involvement of public health officials, in areas where infection and pressures on the NHS are highest,” the spokesperson said.

Hundreds of new vaccination sites are due to be up and running this week as the NHS ramps up its immunisation programme with the newly approved Oxford University and AstraZeneca jab.

Some 530,000 doses of the vaccine will be available for rollout across the UK from Monday and more than a million patients have already had their first dose of the Pfizer/BioNTech vaccine which was the first to be approved by the Medicines and Healthcare products Regulatory Agency.

But Ofsted chief inspector Amanda Spielman said children’s education cannot be “furloughed” for months while vaccinations are rolled out and time absent from the classroom should be kept to an “absolute minimum”, the Sunday Telegraph reported.

Labour leader Sir Keir Starmer said the vaccine roll-out was “our great hope”, adding: “I want the Government to throw everything it can at this, harnessing the extraordinary talents of our NHS so we can be vaccinating at least two million Brits a week by the end of the month.”

But, writing in the Sunday Mirror, he criticised “a chaotic last minute U-turn on schools”, adding: “Confusion reigns among parents, teachers and pupils over who will be back in school tomorrow and who won’t.”

General secretary of the National Education Union  (NEU), Mary Bousted, said schools should stay closed for two weeks to “break the chain” of transmission and prevent the NHS becoming overwhelmed.”

The union, which represents the majority of teachers, has advised its members it is not safe to return to classrooms on Monday.

NAHT general secretary Paul Whiteman said the union had started preliminary steps in legal proceedings against the Department for Education, asking it to share its scientific data about safety and transmission rates.

Unions have also called for the reopening of schools in Wales next week to be delayed with Laura Doel, director of school leaders’ union NAHT Cymru, saying “the latest data shows that in large parts of Wales, control of infection has been lost”.

From January 4, all London primary schools will be required to provide remote learning for two weeks to all children except vulnerable children and those of key workers, who will be allowed to attend.

Mr Williamson said the January 1 decision to expand closures to the nine remaining London boroughs and the City of London was a “last resort”.

Under the Government’s initial plan, secondary schools and colleges were set to be closed to most pupils for the first two weeks of January, while primary schools within 50 local authorities in the south of England, including 23 London boroughs, were also told to keep their doors shut until January 18.

Green Party-led Brighton and Hove City Council has advised primary schools in the Tier 4 area not to return in person, except for vulnerable children and those of key workers, until January 18 despite the Government’s plan for most schools to open in person.

Related:Covid: Cancer operations face cancellation in capital due to pressure on NHS