"If you want to save your country, start saving each other". 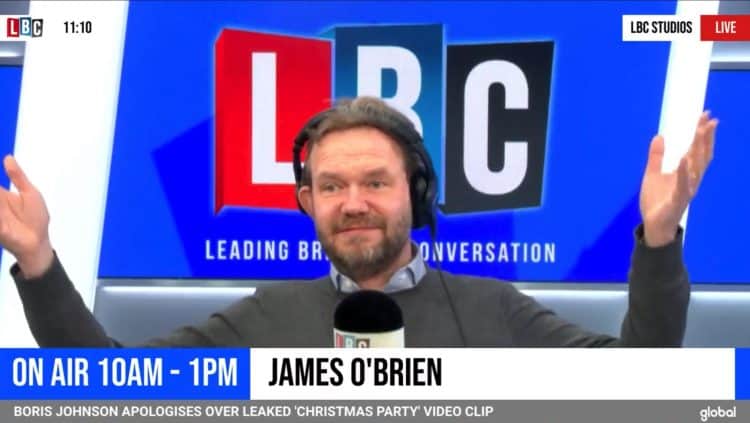 An LBC caller urged the public to stand “shoulder to shoulder” against a “toxic” political system in a viral phone in.

Referencing soaring food poverty levels and a “crumbling NHS”, Brenda told listeners to the James O’Brien show that “if you want to save your country, start saving each other”.

She said the current political class, including leader of the House Jacob Rees-Mogg, don’t represent the interests of the average person, and urged people to stop “being frightened of the Polish carpenter next door, because you absolutely have more in common with him.”

According to the latest Trussell Trust figures, food bank use is still “well above” what it was before the coronavirus pandemic, with an increasing number of emergency parcels feeding children.

This is up 11 per cent from the same period in 2019, with the number of parcels given to children increasing at twice the rate of those given to adults (a 15 per cent versus 8 per cent rise).

And it represents a rise of almost three-quarters (74 per cent) from 2016, the Trussell Trust said.

Meanwhile, in the NHS the number of people enduring “trolley waits” of more than 12 hours in A&E departments has reached a record high.

In November, some 10,646 people waited more than 12 hours in England’s hospitals from a decision to admit them to actually being admitted for treatment.

The figure is up from 7,059 in October and is the highest for any calendar month since records began in August 2010.

Overall, 120,749 people waited at least four hours from the decision to admit to being admitted in November, down only very slightly on the 121,251 in October.

One in 10 patients arriving by ambulance at hospitals in England last week also waited more than an hour to be handed over to A&E departments, as calls are sounded for funding to go to the front line.