Geronimo the alpaca never had bovine TB, his post-mortem has revealed. 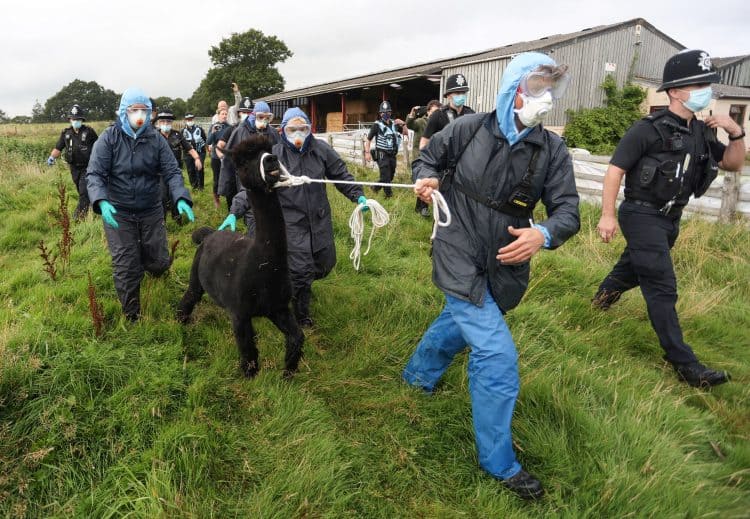 Geronimo, the alpaca whose four-year legal battle for freedom captured the nation, did not have tuberculosis, it has emerged.

The famous alpaca was put down by government vets in August amid disputed claims he had the disease.

But, according to the Daily Mail, post-mortem examinations carried out on the beloved animal have found no trace of bovine tuberculosis.

Geronimo’s owner, 50-year-old Helen Macdonald, insisted that he was not infected – and launched an emotive campaign to save him.

But after losing her protracted legal battle, officials – guarded by police – dragged Geronimo from her Gloucestershire farm to be euthanised.

Macdonald is now considering suing ministers over the alpaca’s death, the Mail reported.

Early tests carried out in September were inconclusive on whether the animal had tuberculosis, with no lesions found on his lungs or respiratory tract.

But the Department for Environment, Food and Rural Affairs (DEFRA) said its vets had discovered a “number of TB-like lesions” in the liver and lymph nodes.

Further tests have been carried out since, but the results – which have been finalised this week – showed no trace of the disease.

Macdonald has previously called on George Eustice, the environment secretary, to resign, accusing him of “murdering an innocent animal”.

She said Avon and Somerset Police had questions to answer for “facilitating murder” and accused DEFRA of “frankly unforgivable” tactics.

At the time, chief veterinary officer Christine Middlemiss said: “No one wants to have to cull infected animals if it can be avoided, but we need to follow the scientific evidence and cull animals that have tested positive for bTB to minimise spread of this insidious disease and eradicate the biggest threat to animal health in this country.

“Not only is this essential to protect the livelihoods of our farming industry and rural communities, but it is also necessary to avoid more TB cases in humans.

Middlemiss added on Thursday: “This animal tested positive for bovine tuberculosis on two separate occasions using highly specific tests. Due to the complexity of the disease, further testing has not enabled us to use Whole Genome Sequencing to try to understand how the animal became infected in the first place.

“Our sympathies remain with all those with animals affected by this terrible disease which devastates farmers’ livelihoods. It is important to remember that infected animals can spread the disease to both animals and people before displaying clinical signs, which is why we take action quickly to limit the risk of the disease spreading.

“We are grateful for the cooperation of livestock farmers to allow this to happen.”

Related: Double trouble for the Conservatives in the polls