Last month Fox told Sadiq Khan not to be a "coward" and debate him, but he was nowhere to be seen today. 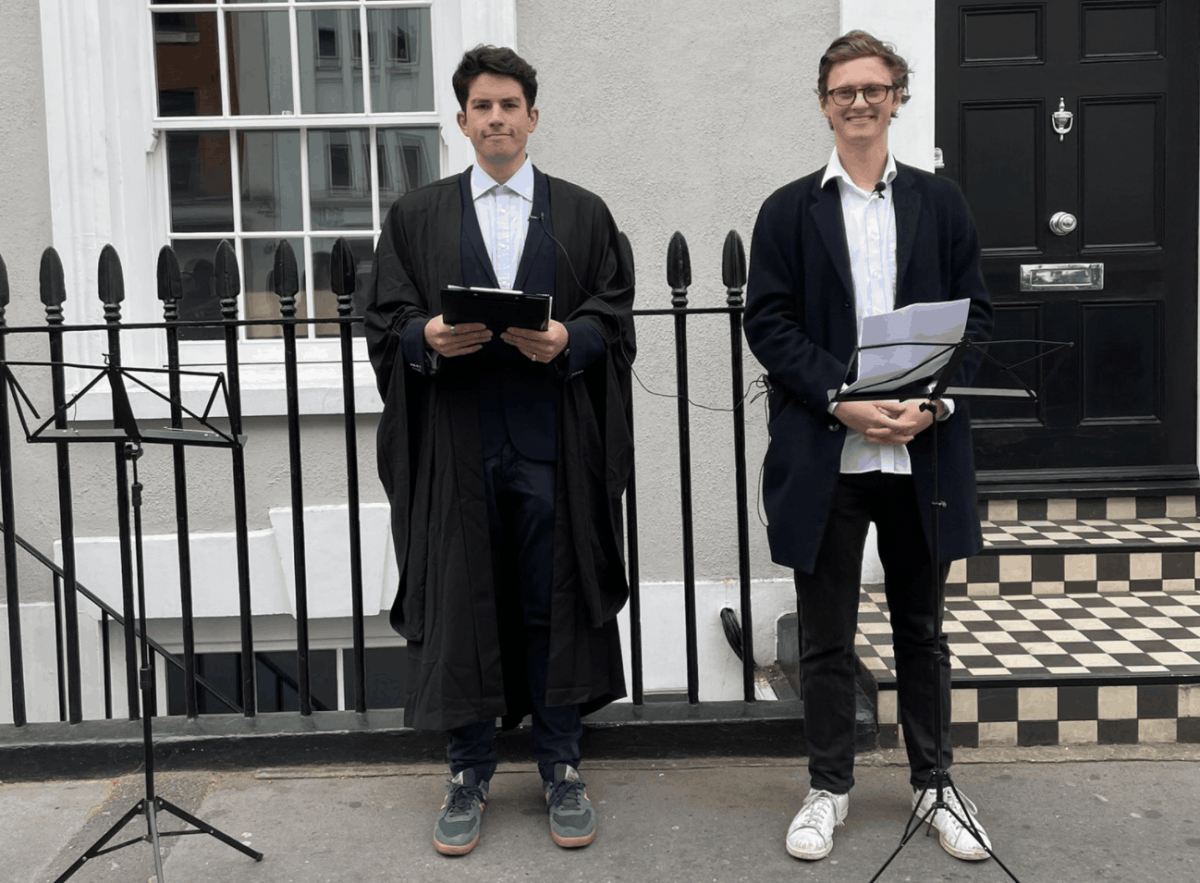 Laurence Fox failed to show up for a debate with Youtuber Max Fosh in the race for the London mayor elections today.

The 26-year-old waited for Fox in front of the Reclaim Party headquarters with two lecterns after challenging him for a debate yesterday.

Fosh has argued they are both polling one per cent – as does Count Binface.

Last month, Fox told Sadiq Khan to not be a “coward” and debate with him, after Mr Khan said he would not engage with politicians “on the extreme far right”.

In a video, Fox has suggested debating policies with Youtuber Max Fosh, but Fosh said he’s had no luck in speaking to him since then, despite consistent efforts.

He told The London Economic: “Each time I have not got a response.

“A man who is very vocal about the freedom of having conversation with everyone, you would think he would want to talk to ol’ Maxi”.

He added: “Debates are a great way for candidates to discuss their policies and their difference of opinions”.

Fosh said he has no idea what Fox’s policies are: “I want to hear them from his mouth, that’s why I want a debate.”

Fosh thinks his own policies are “good”, and “all Londoners could get behind them”.

If elected mayor, he would give professor Chris Whitty a clicker so that he doesn’t have to say ‘next slide please’ anymore in government press briefings.