Baroness Hale of Richmond has been a long-standing champion of diversity in the judiciary. 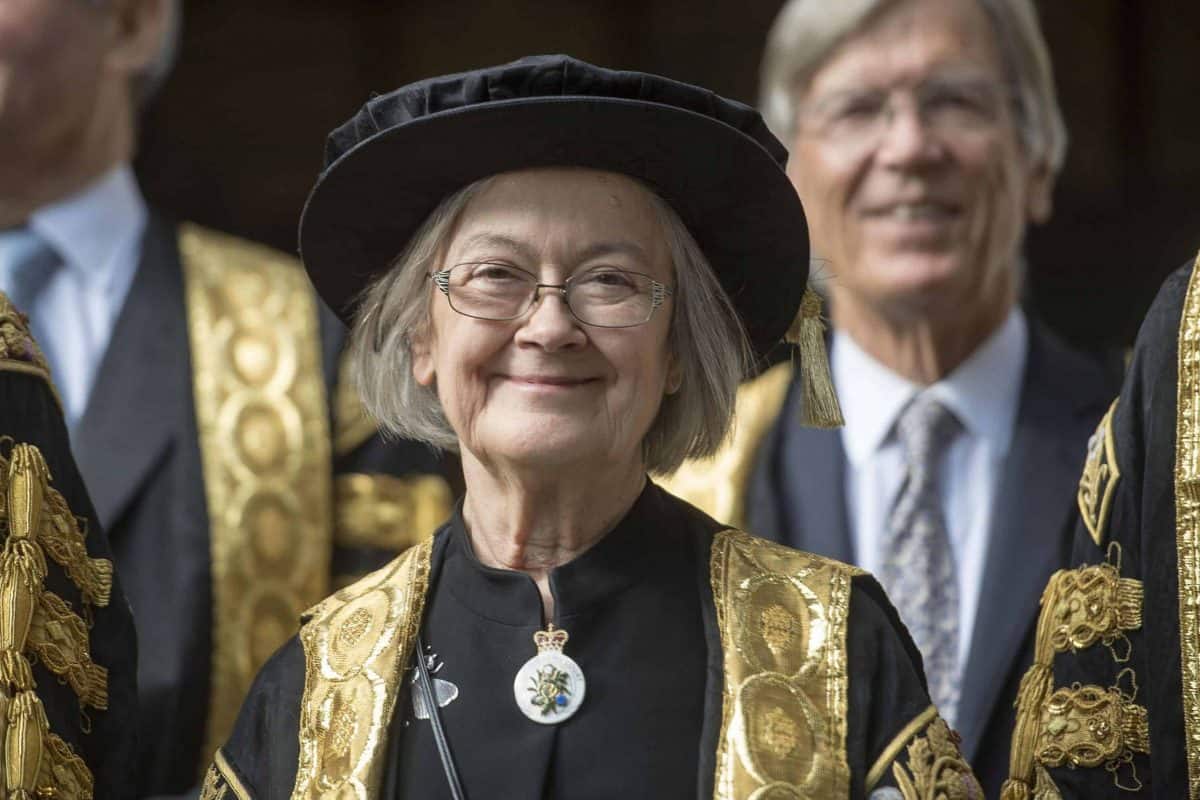 Even before Tuesday’s ruling, Lady Hale had already guaranteed her place in the history books after becoming the first woman appointed as President of the Supreme Court in October 2017.

The accolade was one of many legal “firsts” achieved by Baroness Hale of Richmond who has been a long-standing champion of diversity in the judiciary.

Previous career highlights for the 74-year-old include becoming the first woman Lord of Appeal in Ordinary in January 2004.

Lady Hale became the first woman justice of the Supreme Court in October 2009, and was appointed deputy president in June 2013.

Yorkshire-born Brenda Hale, whose parents were both head teachers, is described on the Supreme Court’s website as a “homemaker as well as a judge”.

She has had a varied career as an academic lawyer, law reformer and judge.

After graduating from Cambridge, she taught law at Manchester University from 1966 to 1984, also qualifying as a barrister and practising at the Manchester Bar.

She specialised in family and social welfare law, was founding editor of the Journal Of Social Welfare And Family Law, and authored a pioneering case book on The Family, Law And Society.

In 1984 she was the first woman to be appointed to the Law Commission, a statutory body which promotes the reform of the law.

She became a High Court judge in 1994 – the first to have made her career as an academic and public servant rather than a practising barrister.

In 1999 she was the second woman to be promoted to the Court of Appeal, before becoming the first woman Law Lord – a position she told the Guardian was one of her proudest achievements.

She said: “To become a law lord is a proud achievement for anyone, male or female, and to show other women and girls, and indeed everyone, that a woman can do it has made it an even prouder achievement for me.”

During her time as deputy president of the Supreme Court Lady Hale ruled on numerous headline-hitting cases, including the Brexit appeal.

She was also on the panel of justices who ruled in favour of John Walker, the gay ex-cavalry officer who won a landmark pensions ruling to secure his husband the same rights as a wife.

In a recent interview with BBC Radio 5 Live, Lady Hale revealed that her judgment around domestic abuse was one of her proudest.

She said: “In the Supreme Court some years ago we gave a judgment that said that domestic abuse was a wider concept than merely hitting or being hit and we recognised the existence of coercive controlling behaviour.

“That was a judgment I produced and one of the ones I was proudest of.”

Lady Hale also revealed she had been given a top-table seat during a state banquet for US president Donald Trump.

When asked if she had considered refusing to attend, she said: “We are not politicians.

“Judges have no party political views that can and should express. There was no political message to be got by our attending such an event as that.”

Asked if she hoped her successor would be a woman, Lady Hale said: “I always hope there will continue to be the progress that has been made largely in this century with improving the proportion of women in the judiciary at all levels, but particularly in the Supreme Court.”

In regard to people who inspire her, Lady Hale said barrister Rose Heilbron, who was one of the first two women to become the Queen’s Counsel.

Lady Hale said: “She practised on the northern circuit, which is where I started out at the bar and she became the second woman high court judge. She was definitely someone to look up to and admire.”

In an interview with Vogue in September, Lady Hale said she spends her weekends in Richmond, North Yorkshire, in a house that overlooks the schoolyard where she ran around as a girl.

She retains her links with the academic world as Chancellor of the University of Bristol, Visitor of Girton College, Cambridge, and Visiting Professor of King’s College London.