She has become something of a star in the last few hours... 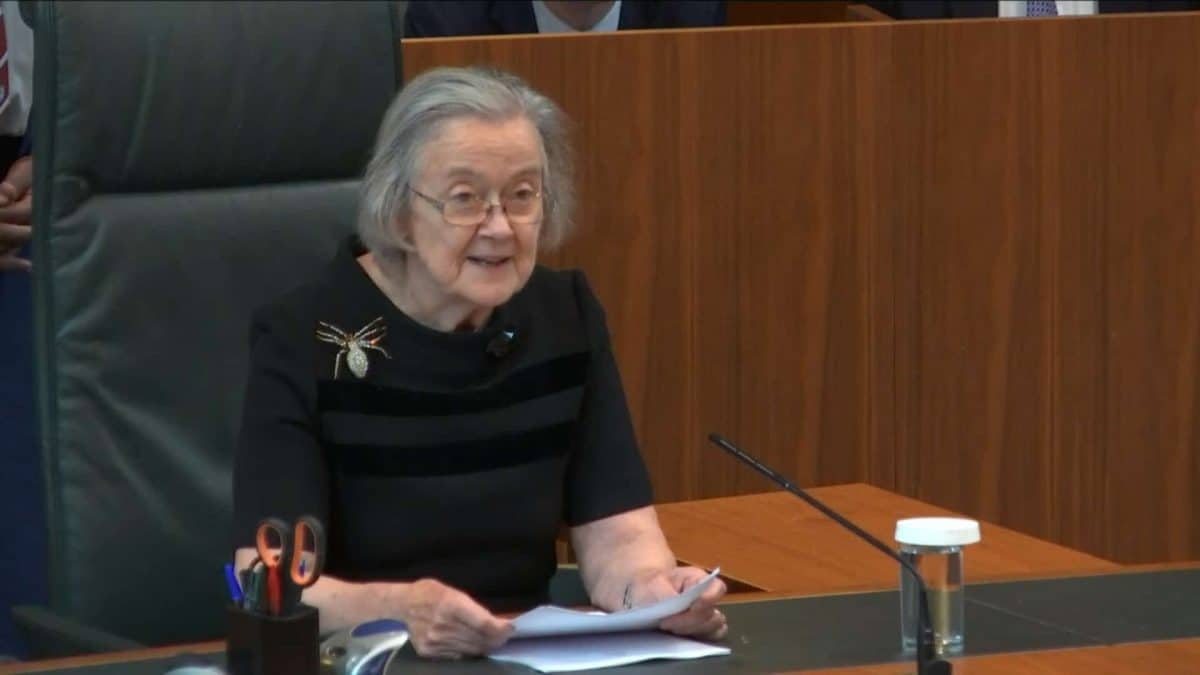 Screengrab taken from the Supreme Court in London, where judges are ruling on the legality of Prime Minister Boris Johnson's decision to suspend Parliament for five weeks.

Lady Hale’s striking spider brooch was the talk of social media as she delivered the Supreme Court’s verdict on the Prime Minister’s prorogation of Parliament.

The court’s president spoke on Tuesday to deliver the unanimous verdict of 11 justices that Boris Johnson’s decision to suspend Parliament until October 14 was unlawful.

But, despite the gravity of the announcement being made, some found their attention drawn to the jewellery displayed on Lady Hale’s right shoulder.

Some referenced Mr Johnson’s decision to compare himself to the Incredible Hulk in his dealings with the EU.

Author Nick Harkaway said that “the Hulk can smash as many things as he likes, but with great power comes great responsibility”.

Some felt the brooch was an allusion to a famous Walter Scott quote.

Some spotted an opportunity for humour, with comedian Tiernan Douieb saying: “I really hope that spider doesn’t get Lady Hale before she announces it.”

Richard Herring tweeted: “It’d be great if she ends by spotting the spider and pretending to be freaked out by it.”

Writer Jean Hannah Edelstein joked that the verdict indicated a “clear brooch of the law”.

Journalist Charlie Cooper felt it could prove an odd spectacle to American Harry Potter fans, as she tweeted: “When America wakes up to see that Boris Johnson has been schooled by a judge who looks like Professor McGonagall and wears a spider brooch it’s going to freak”

It is not the first time Lady Hale’s choice of brooch has caught the eye.

In the past she has worn brooches featuring a caterpillar, a butterfly and a frog, among others.