The Commons Science and Technology Committee said Public Health England has failed to answer questions over the change in tactic. 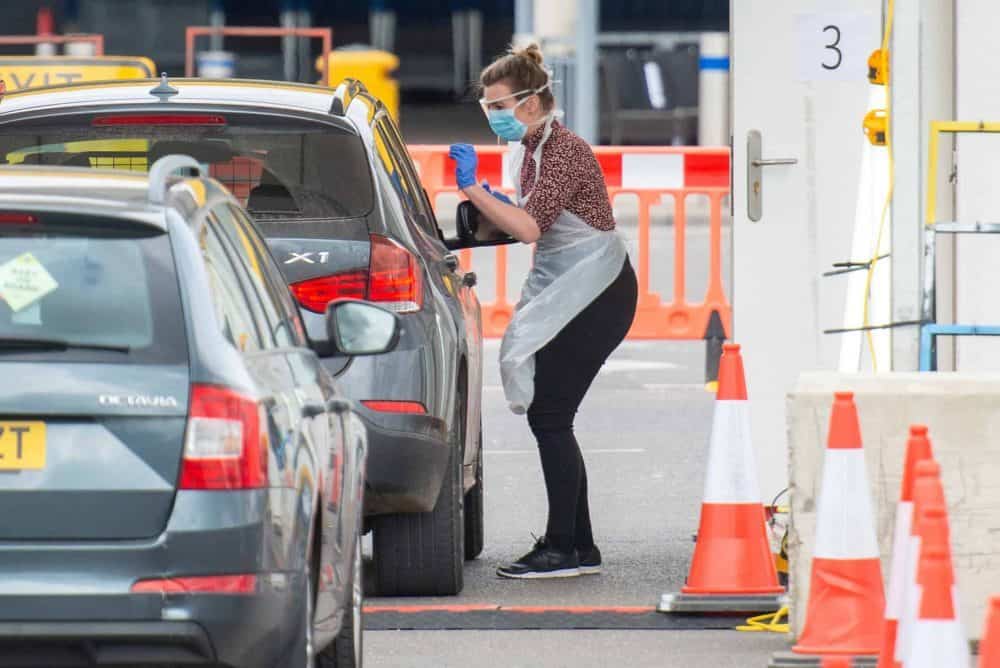 The Government’s coronavirus testing capacity has been “inadequate” throughout the pandemic, while the decision to ditch community testing early in the pandemic was “one of the most consequential made” during the crisis, MPs have told Boris Johnson.

The Commons Science and Technology Committee has identified several lessons to learn from the UK’s handling of the outbreak, which has seen its testing strategy pilloried for being too slow and not aggressive enough.

It also called on the Government to “urgently” build up capacity for contact tracing, a key tactic in helping ease existing lockdown measures.

In a letter to the Prime Minister assessing evidence to the committee during the pandemic, its chairman Greg Clark said Public Health England (PHE) had repeatedly failed to answer questions over the “pivotal” decision to scrap mass testing in favour of other tactics.

Testing and tracking in the community was suspended on March 12, concentrating largely on hospitals instead.

Mr Clark said: “The decision to pursue an approach of initially concentrating testing in a limited number of laboratories and to expand them gradually, rather than an approach of surging capacity through a large number of available public sector, research institute, university and private sector labs is one of the most consequential made during this crisis.

“From it followed the decision on March 12 to cease testing in the community and retreat to testing principally within hospitals.”

He said the decision meant that residents in care homes and their staff could not be tested at a time when the spread of the virus was at its most rampant.

Dr Pete Calveley, chief executive of care home firm Barchester Healthcare, said there were “several weeks where the first reaction was to protect the NHS”.

He told BBC Radio 4’s Today programme: “That meant a lot of people being discharged from care homes rather quickly who hadn’t been tested and often we’ve seen where we’ve been doing large testing of care homes where asymptomatic staff – and particularly residents – are actually positive and therefore are freely moving through the home, are infecting other residents and staff without anybody knowing about it until too late.”

The committee, in a 19-page letter to the Prime Minister, also described how testing capacity had been “inadequate for most of the pandemic so far”.

It said: “Capacity was not increased early enough or boldly enough. Capacity drove strategy, rather than strategy driving capacity.”

Health Secretary Matt Hancock announced on April 2 that he wanted to reach 100,000 daily coronavirus tests by the end of the month.

The figure was reached for the first time on April 30 but ministers were met with accusations the figures were inflated because it included the number of tests which had been sent out but not completed.

The milestone has been reached a handful of times since.

Work and Pensions Secretary Therese Coffey defended the Government’s testing record as having improved from a “standing start”.

She told BBC Breakfast: “We had a small amount of capacity at the very start, it was solely based on Public Health England’s capability of being able to have about 2,000 tests a day.

“We had little capacity early on, I recognise that, we have got a lot of capacity now.

“I think from pretty much a standing start, roughly in about mid-February I think it was, to get to a capacity and actual tests being done of 100,000 within about six weeks, I think is pretty full-on and actually I think something we can look on with pride.”

The committee also identified concerns over the transparency of its Sage (Scientific Advisory Group for Emergency) membership amid concerns political interference could affect the guidance.

The report, based on evidence sessions with experts including Sir Patrick Vallance, the Government’s chief scientific adviser, and Professor Chris Whitty, chief medical officer for England, found the approach to dealing with asymptomatic carriers of Covid-19 was “unclear”.

It called on the Government to “urgently” expand its contact tracing capacity in “order to facilitate further easing of social distancing measures as soon as possible, while minimising the risk of a second peak in infections”.

It came as Downing Street announced the NHS contact tracing app – trialled on the Isle of Wight this month – will be launched across the country in the “coming weeks”.