Voters have given up on the Tories, Labour’s victorious by-election candidate claimed after he won the Stretford and Urmston by-election. 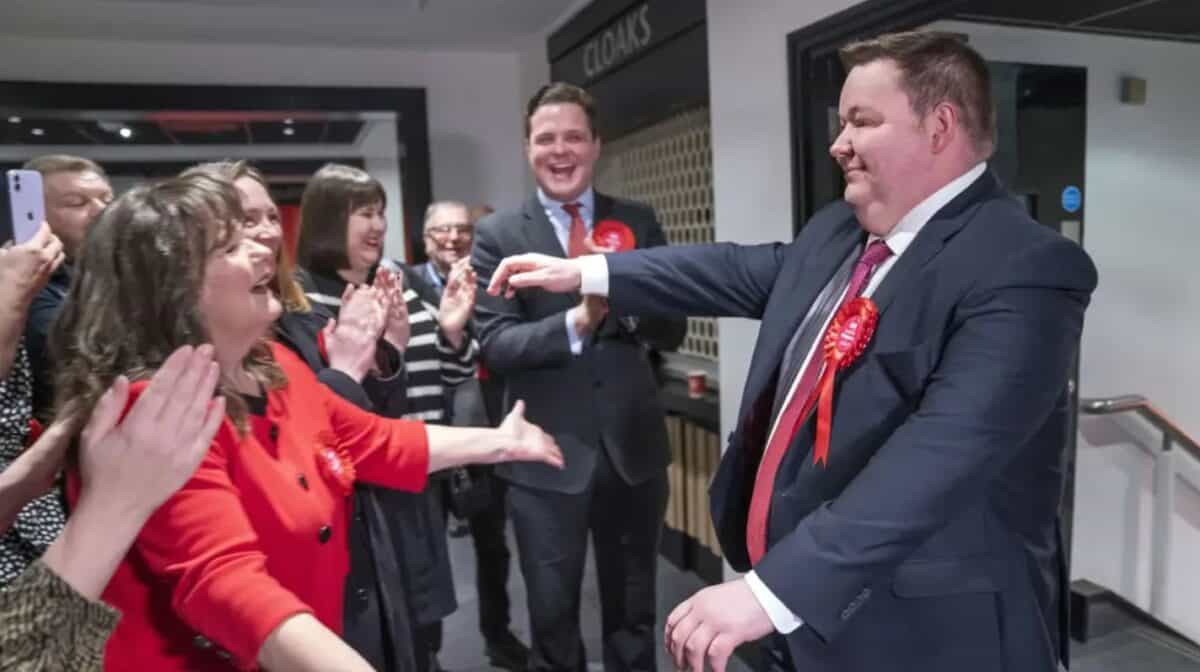 Labour’s Andrew Western has become the country’s newest MP after a comfortable victory in the Stretford and Urmston by-election.

Bitterly cold conditions on polling day and the expectation of an easy Labour hold contributed to turnout of just 25.8%.

Mr Western, who secured a majority of 9,906, said the result sent a “strong message” to Rishi Sunak’s Government.

“The people of Stretford and Urmston do not just speak for this constituency but for millions more people up and down the land who know that this government has been letting us down for the past 12 years,” he said.

“The Tories have given up on governing and it is increasingly clear that the British people are giving up on them.”

The contest was called in response to former Labour frontbencher Kate Green stepping down to become Greater Manchester deputy mayor.

Mr Western secured 69.65% of the votes, up 9.34% on the snap general election three years ago, and with a 10.5% swing from Conservatives to Labour.

He said it was “clear… that people are ready for a Labour government, and let the message go out tonight that Labour are ready to govern”.

Mr Western said the by-election “must hold the record for the coldest polling day” and thanked voters who went out to back him.

“It’s clear from the result, and from the conversations I have had with voters throughout the campaign, that the public want a general election,” he said.

“The Conservative Party are failing to lead the country. They have unleashed a wrecking ball through the foundations of our economy and undermined the public’s trust in democracy.”