This is the terrifying moment a councillor’s car was set alight in what has been described as a “professional” job. Cllr Mohammad Sakib, 46, could only watch on in horror as his Audi Q7 – worth around £50,000 – went up in flames after being torched by a masked arsonist who remains at large. CCTV […] 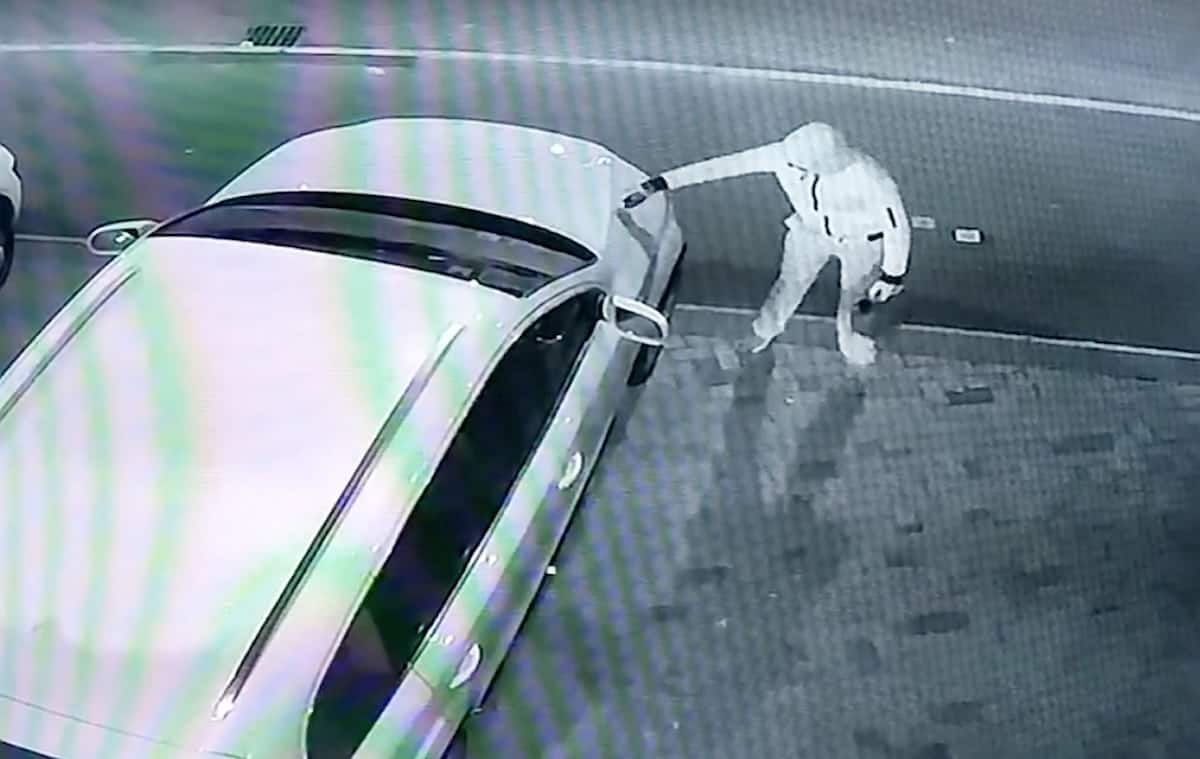 This is the terrifying moment a councillor’s car was set alight in what has been described as a “professional” job.

Cllr Mohammad Sakib, 46, could only watch on in horror as his Audi Q7 – worth around £50,000 – went up in flames after being torched by a masked arsonist who remains at large.

CCTV footage shows the mindless individual pouring petrol over the car, casually getting out a lighter and setting it on fire.

Fortunately, nobody was injured in the deliberate attack but the councillor claims he could have been killed if the car exploded as it was parked on his driveway.

He was at home watching TV with his wife and their five children at the time of the night-time attack on Saturday (21 April) just after 2am.

Cllr Sakib, who was first elected to Pendle Borough Council in 2002, said his wife heard a “big bang” and discovered the Audi Q7 engulfed in flames.

The family rushed outside and threw glasses of water on to the car before emergency services arrived and extinguished the blaze.

Bradley Ward Cllr Sakib says he and his family have been left traumatised following the arson attack on his car, which has been written off because of the damaged caused.

He said: “It has been traumatic, no doubt. We were all still awake and were downstairs watching TV.

“My wife heard a big bang, came to the front door, looked through the glass and saw the car on fire.

“We all ran outside and started throwing water on the car. It was a very unpleasant experience.

“The car could have exploded, we are lucky in a way.

“I have been taking part in elections for a longtime and never upset anyone, you can’t go to this extreme.”

Cllr Sakib hasn’t returned to work since because he is worried about further attacks.

“For the last five days I still have not gone back to work, I’m worried something might happen,” he added.

“I hope the culprits get caught and are brought to justice.”

Cllr Mohammed Iqbal, leader of Pendle Borough Council, said he cannot understand why someone would do such a thing.

He said: “It has traumatised his family and his children because it happened so close to their home.

“Words are beyond me but I would describe these actions are those of a mindless individual.

“Cllr Sakib has no grudge against anyone, he is very well respected in the community and has lived in the area for around 17 years and never had an issue before.

“The CCTV shows someone walking up to the car, pouring petrol over it and casually getting out a lighter and setting the car on fire.

“It is clearly a professional job, it’s not been done by a chancer, someone has deliberately targeted the car.”

The next elections to be held are Borough elections, on Thursday, May 3, 2018.

Cllr Azhar Ali, who represents the area on Lancashire County Council, added: “The family are lucky to be alive.

“What would have happened if the car blew up? It could have killed everyone in the house.”

A fire service spokesman said an investigation is underway to find out the cause of the deliberate fire.

A police spokesman said officers were called to the scene at 2.45am and an investigation was ongoing to catch those responsible.