A loving farmer spent all night carving a proposal message into a hill – with 300ft letters. Romantic Ben Wolfe spent all night meticulously carving “Marry Me” in giant letters on one of his hills to surprise girlfriend Lacey Jordan. Ben, 29, kept the whole scheme under wraps for days, and took veterinary nurse Lacey […] 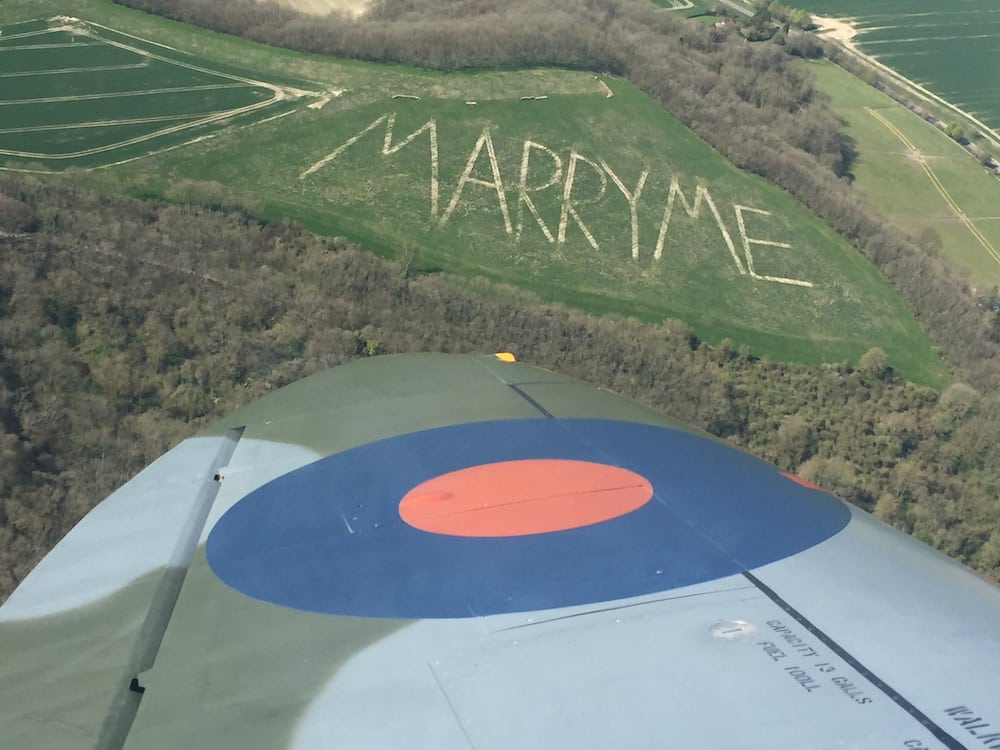 A loving farmer spent all night carving a proposal message into a hill – with 300ft letters.

Romantic Ben Wolfe spent all night meticulously carving “Marry Me” in giant letters on one of his hills to surprise girlfriend Lacey Jordan.

Ben, 29, kept the whole scheme under wraps for days, and took veterinary nurse Lacey on a romantic walk first thing in the morning – so he could pop the question.

The entire plan was accidentally revealed by pilot Dave Ratcliffe, who was flying a Second World War Spitfire over the fields when he noticed the proposal – and tweeted a picture of it.

“I was completely surprised – he’s such a romantic.

“Ben’s got to plough the field soon so we’re very pleased the Spitfire got a picture of the proposal just in time.”

Dairy farmer Ben had prepared the literal big question overnight in preparation for his date with Lacey the next day – but could not do it ahead of time because he was worried somebody like pilot Dave, 56, would see it.

Lacey said: “Ben’s a farmer and he cultivated it into the hillside.

“He was out for ages working on it, even the night before in the dark, so no one would see it.

“You can see the message from across the valley, from miles away, the letters really are 300ft high.”

Ben, from Alton, Hampshire, popped the question on February 17 during a countryside walk, exactly a year to the day after the couple met.

Lacey said: “We’re not pilots and have no connection to the skies, but it’s great so many people have seen the proposal and love it as much as I did.”

This isn’t the first time Ben’s gone all out to impress his soon-to-be bride.

Lacey, from Hindhead in Surrey, said: “He built me a stable in our garden for my horse and he’s always making me little things.

“He booked us a surprise weekend away once.

“Our friends were shocked and telling me he’s never been romantic before.”

The wedding is set for May 18 next year with a reception at the Wolfe family farm.

Dave, who flies for Boultbee Flight Academy at Goodwood Aerodome, was very keen to find out who was behind the marriage proposal after he saw it from the skies.

He said: “This is the first time I’ve seen one while flying a Spitfire.

“It’s such a nice thing to do, but we have not got a clue who it might have been. 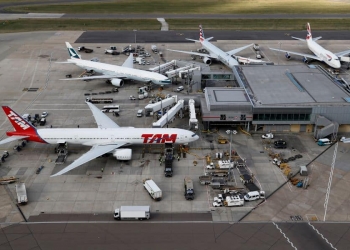