"I can’t imagine playing a match with the Russian National Team in a situation when armed aggression in Ukraine continues," Robert Lewandowski said. 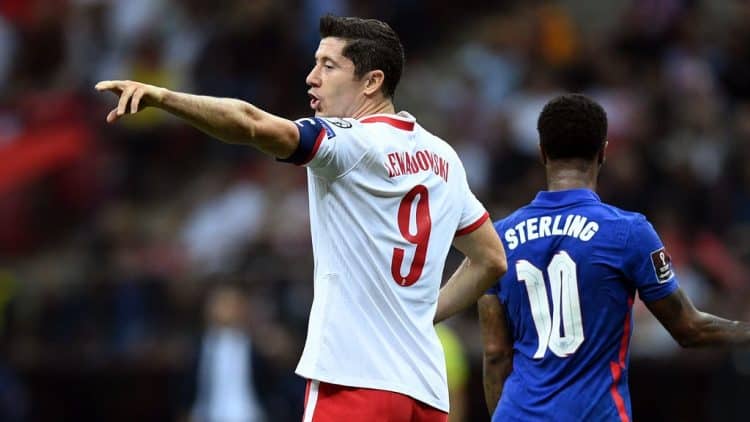 Robert Lewandowski has backed the Polish Football Association’s decision to refuse to play Russia in their upcoming World Cup play-off.

The Poles were due to face Russia in Moscow on March 24 in a play-off semi-final for the World Cup in Qatar later this year.

Polish FA president Cezary Kulesza said on Twitter on Saturday that Poland will boycott the match in response to Russia’s invasion of Ukraine.

Retweeting Kulesza’s post, striker Lewandowski wrote: “It is the right decision! I can’t imagine playing a match with the Russian National Team in a situation when armed aggression in Ukraine continues.

“Russian footballers and fans are not responsible for this, but we can’t pretend that nothing is happening.”

The match comes under Path B of European qualifying play-offs, with the winners due to play Sweden or the Czech Republic for a place in the tournament in Qatar.

Earlier this week the football federations of Poland, Sweden and the Czech Republic issued a joint statement to say they did not intend to play in Russia and called on governing bodies FIFA and UEFA to offer “alternative solutions”.

Poland has now gone further to state that the country will not take the field against a Russian team.

The tweet from Kulesza read: “No more words, time to act! Due to the escalation of the aggression of the Russian Federation towards Ukraine, the Polish national team does not intend to play the play-off match against Russia.

“This is the only right decision. We are in talks with the federations of Sweden and the Czech Republic to bring forward a common position to FIFA.”

The PA news agency has contacted FIFA for comment.