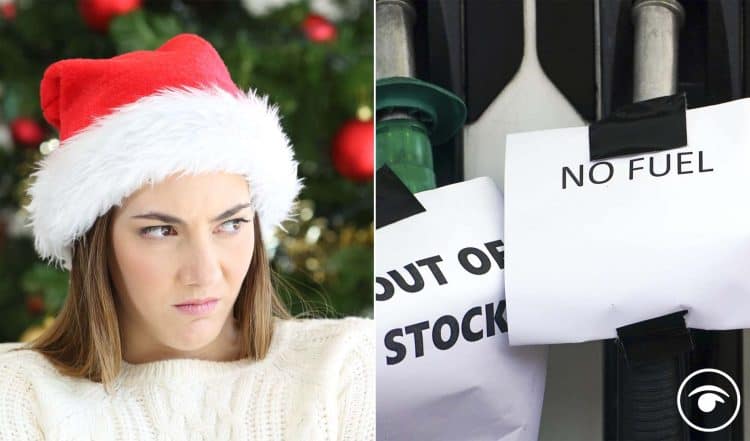 Have you got any petrol? Are your benefits going down? Are you going to be slapped with tax hikes?

Well if so you must live in the UK. The sick non-gendered person of Europe.

Could it get any worse?

Well sadly yes Boris Johnson has vowed to save Xmas…again. It worked so well last time of course.

On that noet maybe we will use Xmas trees for firewood this year, but then how would they even get delivered to your local outlet, if there is no fuel. I can’t even go there today, sorry.

Troops will begin training to help deliver petrol supplies as Boris Johnson said he was making preparations to deal with potential problems until “Christmas and beyond”.

The Prime Minister said the situation on the filling station forecourts is “stabilising” as he urged motorists to go about their business in the normal way.

A decision to put 150 military drivers on standby has been formally approved, meaning they can begin training in case they are required.

Mr Johnson rejected calls for healthcare staff and other workers to be given priority access to fuel, suggesting it was unnecessary given the easing of the situation.

After the Government announced it would be issuing 5,000 temporary visas to foreign lorry drivers to alleviate the shortages which led to the crisis, he also dismissed demands for more overseas workers to be admitted.

“What I don’t think people in this country want to do is fix all our problems with uncontrolled immigration,” he said.

His comments came after Transport Secretary Grant Shapps acknowledged that Brexit, which cut off the supply of drivers from the EU, had been a “factor” in the crisis.

It appears it isn’t just me who has a strong sense of déjà vu about Xmas being ‘saved,’ by saved it means cancelled…