The prime minister was corrected by Laura Kuenssberg following a contentious discussion over the rising cost of government borrowing. 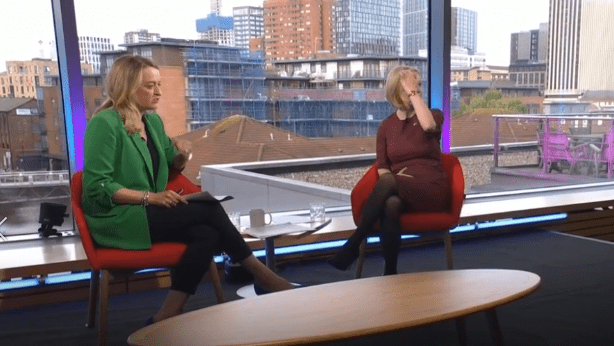 Liz Truss was pressed to justify her economic plan during an intense interview with BBC presenter Laura Kuenssberg in Birmingham on Sunday.

The cost of government borrowing has increased as a “direct effect” of Number 10’s economic measures, according to a graph that Kuenssberg pointed out.

“That is a jump in the cost of borrowing for the government which passes through to everyone else as a direct result of the measures that you announced on September 23,” she said to the prime minister.

“This is not about what was going on in the war in Ukraine already. We know that that’s a huge challenge.

“But it is about the cost of government borrowing and that feeds through to so many other things,” replied Ms Kuenssberg.

Watch the exchange in full below