The Government has dealt junior doctors a huge blow after they lost a high court battle over the new contract. Jeremy Hunt, Health Secretary, has defeated a group, Justice for Health, – founded by Dr Nadia Masood, Dr Ben White, Dr Fran Silman, Dr Amar Mashru and Dr Marie-Estella McVeigh – who had claimed the […] 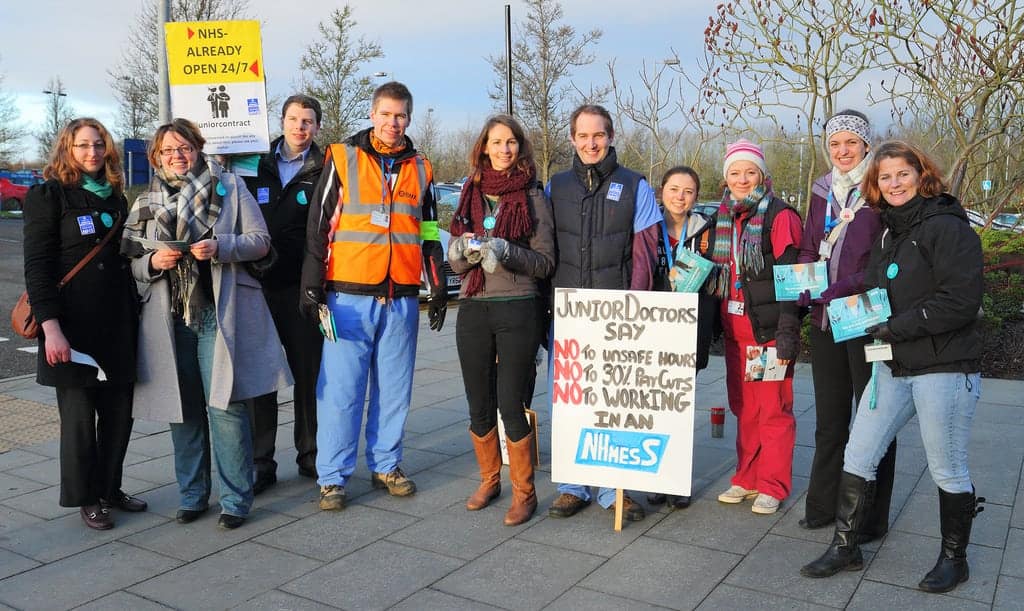 The Government has dealt junior doctors a huge blow after they lost a high court battle over the new contract.

However, Mr Justice Green threw this out of court. Green said Hunt had the power to impose the unwanted contracts and was acting “squarely” within his right to implement the contracts.

In September junior doctors’ announced their plans to strike for five days. However, they were been warned they could be struck off for their decision to pursue industrial action. The strikes were eventually shelved over concerns over patient safety.

Responding to the positive result for the government , a Department of Health spokeswoman said: “We must now move on from this dispute to the crucial job of making sure patients get the same high standards of urgent and emergency care every day of the week, which involves more than the junior doctors’ contract.

“We urge the BMA to remove all threat of further industrial action so we can work constructively with junior doctors to address their wider concerns and better recognise their vital importance to the NHS.”

The junior doctors still claimed the judgment as a victory, the contract was not being imposed and medical staff were not legally compelled to sign and agree to the new agreement terms.

Dr Amar Mashru, one of the five doctors from Justice for Health, said: “This allows the employees and employers at a national level to negotiate and agree terms which are genuinely in the interests of patients and staff.”

The contract will be introduced next Wednesday and the Government is urging doctors’ leaders to not threaten any future strike action.