As junior doctors announced their plans to strike for five days, they have been warned they could be struck off for their decision to pursue industrial action. The GMC (General Medical Council) has demanded that they call off the strike as they fear it will put many patients at risk. The GMC have issued the […] 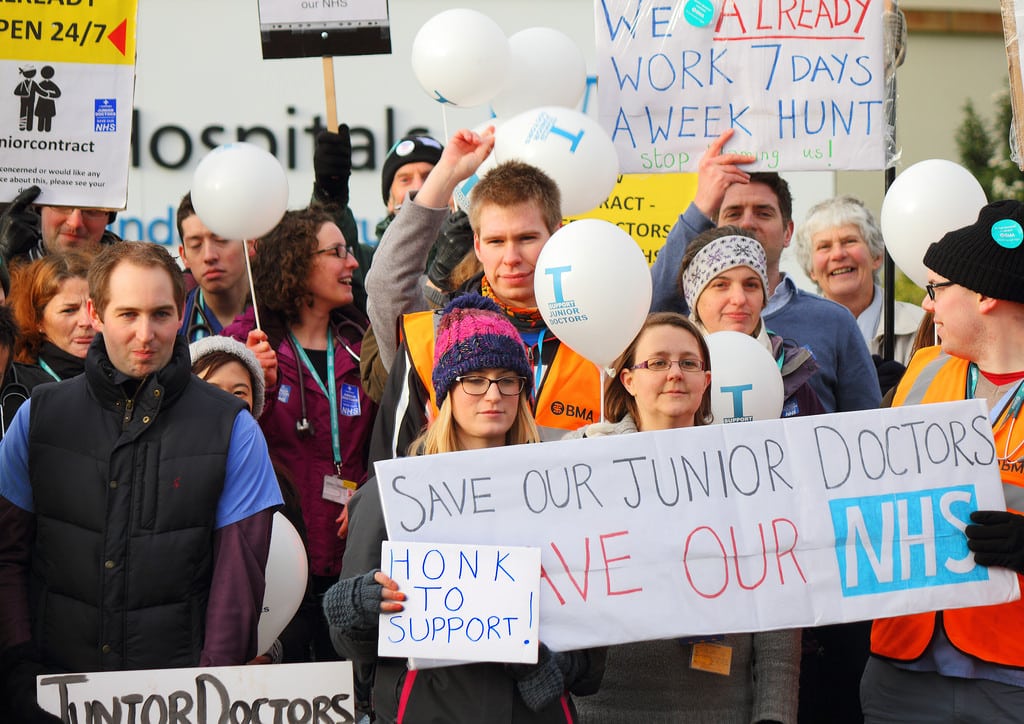 As junior doctors announced their plans to strike for five days, they have been warned they could be struck off for their decision to pursue industrial action.

The GMC (General Medical Council) has demanded that they call off the strike as they fear it will put many patients at risk. The GMC have issued the harsh warning, which means anyone is struck off can’t work in the medical profession again, to try and stop the strike, which is due to start on September 12th.

The medical regulator is believes that this unprecedented level of strike action could even lead to patient deaths. Putting people, who in care of the NHS, in danger could lead to being struck off by the GMC.

The GMC has not supported previous strike action, but they have not resorted to this type of punishment, and the length of the strike and the short notice of the action, seems to have pushed them to act. Additionally this action would impact on emergency care, which has worried the GMC.

In a statement to junior doctors Prof Terence Stephenson, chair of the GMC, said: “We know that doctors will again want to do their utmost to reduce the risk of harm and suffering to patients. However … it is hard to see how this can be avoided this time around.

“We therefore do not believe that the scale of action planned at such short notice can be justified and we are now calling on every doctor in training to pause and consider the implications for patients.”

If this strike goes ahead it would be the sixth in 2016, which have been organised to fight back against the proposed new contract, which they say will harm patients and risks their safety. The Government needs to contracts to be installed so it can achieve a seven-day NHS, something it has pledged to offer to patients.

Junior doctors have said they already work on weekends and are already stretched as far as it is possible to go. Imposing this contract would not improve the health service in their opinion.

From 12th September junior doctors will go on strike for five days in a row, from 8am until 5pm each day, with emergency care affected as well. Further five-day strikes are planned starting on 5th October, 14th November and 5th December.