“Very early evidence” showing that the current vaccines on offer “don’t work quite as well against the Delta variant”. 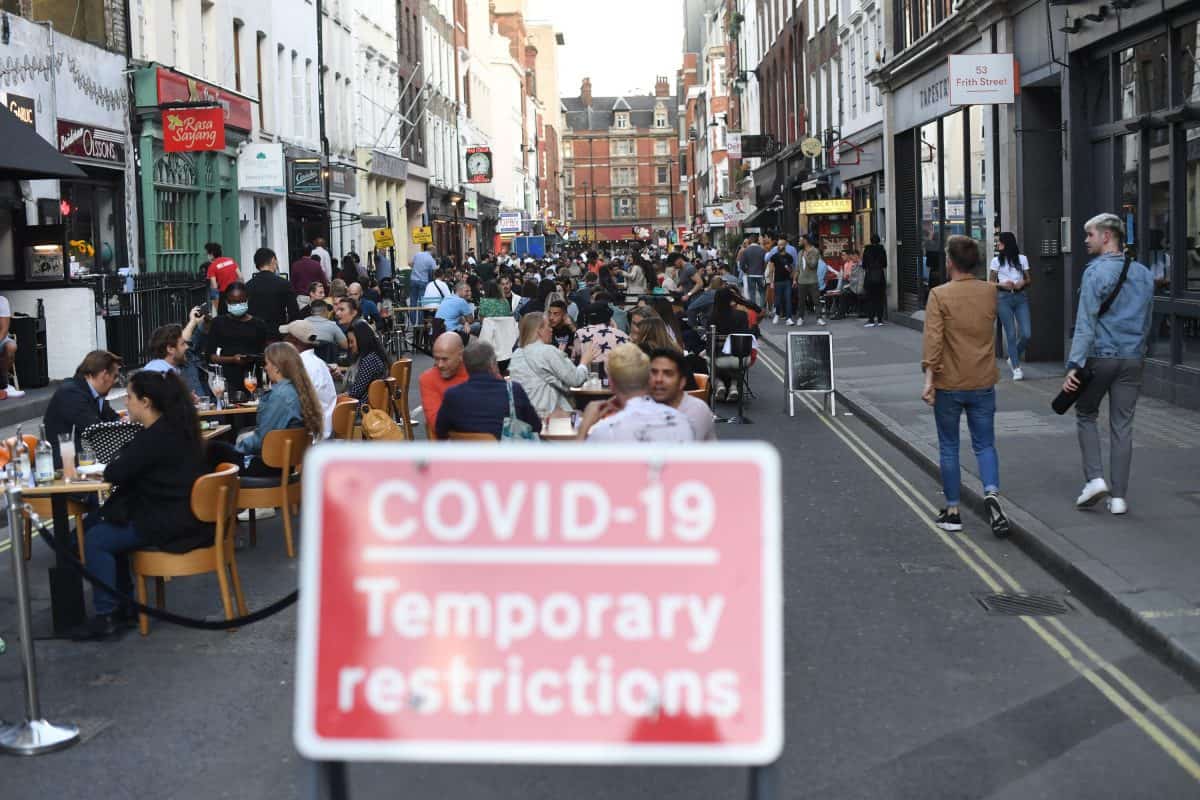 A two-week delay to the planned easing of restrictions in England on June 21 is reportedly being considered after the number of people in the country with Covid-19 rose by 75%.

Multiple reports have also suggested plans to lift restrictions could be scaled down, with social distancing and the wearing of face coverings set to continue amid concerns the Indian variant is fuelling a surge in cases.

The UK on Friday recorded its highest number of new confirmed coronavirus cases – 6,238 – since late March, according to official figures.

Figures from the Office for National Statistics (ONS) also suggested the number of people who had the virus in England has increased by around three quarters in a week, taking it to its highest tally since mid-April, with the R value between 1 and 1.2.

According to the Telegraph, a two-week delay to the final stage of Boris Johnson’s road map will be used to accelerate second jabs for over-40s, moving from a 12 to eight-week gap between doses, echoing the practise that is already in place for over-50s.

Those aged over 25 will also be offered their first doses from next week, the newspaper said.

It comes as laboratory data from the Francis Crick Institute backed up a policy of reducing the gap between jabs.

The study found that after just one dose of the Pfizer jab, people are less likely to develop antibody levels against the Indian (B.1.617.2) variant, also known as Delta, as high as those seen against the previously dominant Kent variant, which has been dubbed Alpha.

Dr Rosalind Eggo, a member of the Scientific Pandemic Influenza Group on Modelling (Spi-M) Government advisory panel, said with “very early evidence” showing that the current vaccines on offer “don’t work quite as well against the Delta variant”, it was important to increase the rate of second jabs.

“Getting those second doses up, pushing that number up as high as possible is really important,” she told BBC’s Newsnight.

Pushing back by a fortnight the plans to lift all restrictions in order to allow more adults to be fully vaccinated could see so-called “freedom day” delayed until July 5.

In a move already being lambasted by night-time economy chiefs, the i said it would likely see the Government backtrack on encouraging a return to the workplace, continue with the guidance to work from home if possible, and is also likely to continue with the policy of mask wearing and social distancing on public transport.

The newspaper also said social distancing in bars and restaurants is likely to remain, along with limits on audiences in theatres and cinemas.

In Wales, First Minister Mark Drakeford has confirmed he is considering keeping social-distancing restrictions in place for the rest of 2021, calling the two-metre measure “one of the strongest defences that we have” against the virus.

But Kate Nicholls, chief executive of UKHospitality, said keeping social distancing in place would threaten the viability of the sector.

“Sorry but leaving social distancing in place in pubs, restaurants, hotels and attractions means that June 21 is not freedom date at all,” she tweeted.

“It means that those businesses continue to operate at a loss and threatens the long term viability of businesses, jobs and the recovery.”

Sacha Lord, night time economy adviser for Greater Manchester, said he was “up for a fight” over the possible shift.

“Hospitality is the fifth biggest industry in the UK – June 21 is make or break for many,” he said on social media.

No 10 sources said suggestions of a delay to the road map was “speculation”, with the Prime Minister telling broadcasters this week there was still “nothing in the data at the moment that means we cannot go ahead with Step 4”.

The Health Secretary said the Government “always expected cases to rise” as lockdown was eased, and that ministers were being “tough” on international travel rules to preserve the route out of lockdown in the UK by preventing new variants from taking hold.

Matt Hancock said vaccines had not managed to completely sever the link between infections and people ending up in hospital but that it was not yet possible to determine whether the Indian variant increased the risk of ending up on a hospital ward.

“That’s one of the things that we’re watching very carefully, and it’s too early to say what the decision will be ahead of June 21, but we’ll make sure people know in good time,” Mr Hancock told reporters on Friday.

Analysis by the PA news agency shows the majority of major hospital trusts in England are currently continuing to average no Covid-19 admissions despite rising case numbers, with 50% of the population now fully-vaccinated.

Related: Viral reactions as there is now a dating platform for anti-vaxxers