UK police have said that WikiLeaks co-founder Julian Assange has been arrested. He was seen being dragged out of the Ecuadorean Embassy by half a dozen men, protesting this morning. He has been living in Ecuador’s embassy in London for the previous seven years since he took refuge their from extradition for what he said […] 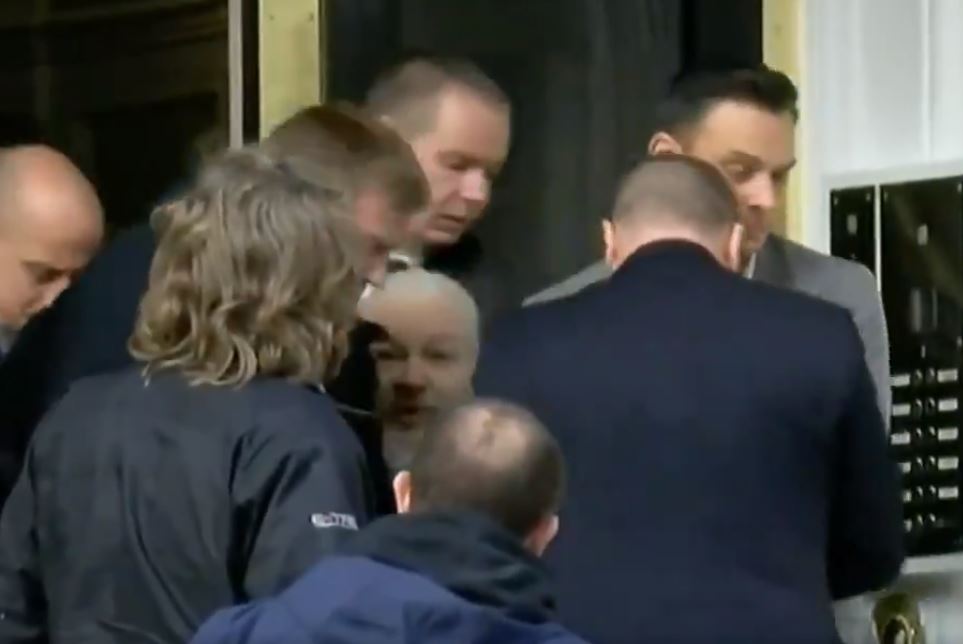 His legal team have claimed that there is no assurance that he will not be extradited to the US to face charges over WIkiLeaks’ classified information leaks.

The Met police have said that he will appear before Westminster Magistrates Court as soon as possible.

Last week Wikileaks tweeted that Assange, 47, was to be turfed out by the Ecuadoreans to face arrest.

Today they have tweeted:

“URGENT: Ecuador has illigally (sic) terminated Assange political asylum in violation of international law. He was arrested by the British police inside the Ecuadorian embassy minutes ago.”

“Julian Assange did not “walk out of the embassy”. The Ecuadorian ambassador invited British police into the embassy and he was immediately arrested.”

London’s Metropolitan police released a statement which said officers had executed a warrant after the Ecuadorian government withdrew asylum.
‘He has been taken into custody at a central London police station where he will remain, before being presented before Westminster Magistrates’ Court as soon as is possible,” said the statement.
“The MPS had a duty to execute the warrant, on behalf of Westminster Magistrates’ Court, and was invited into the embassy by the Ambassador, following the Ecuadorian government’s withdrawal of asylum.”

Camera crews, photographers and reporters have lined the street opposite the embassy since last week.

While the world’s press has gathered outside the five-storey Kensington red brick embassy to catch a glimpse of the Wikileaks founder, no other information has been forthcoming about his eviction.