Well, that clears that up then... 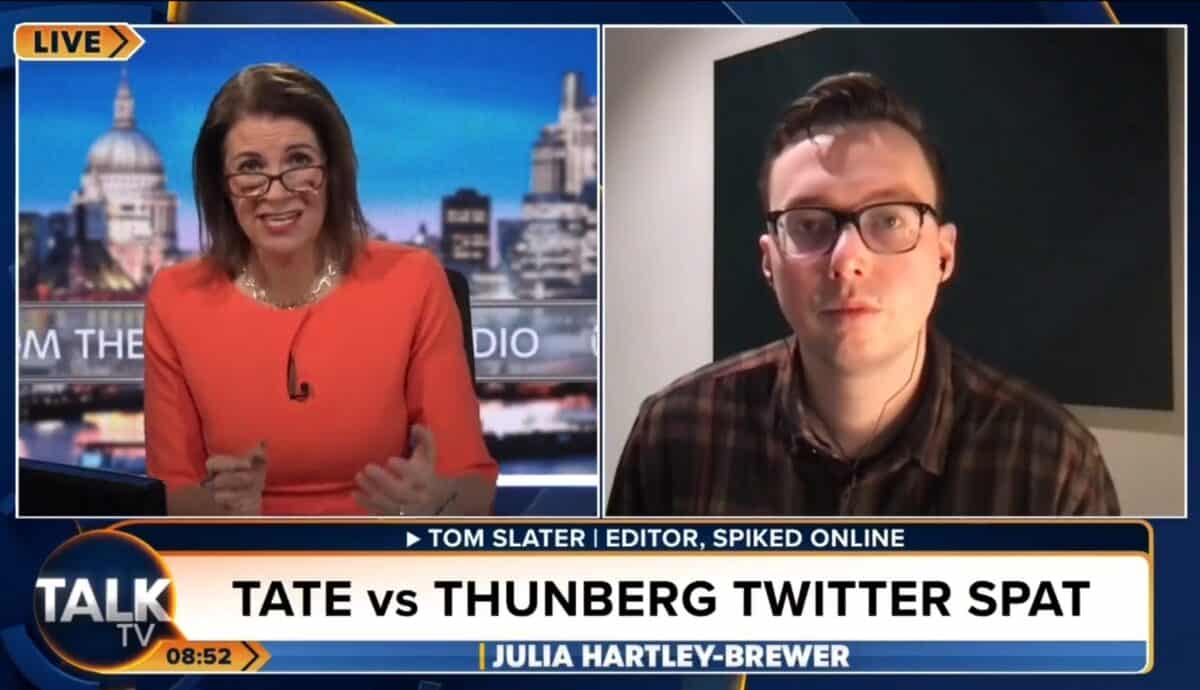 Julia Hartley-Brewer managed to dig herself into an even bigger hole after she tried to defend comments made in relation to Greta Thunberg.

The TalkTV host appeared to defend Andrew Tate on Twitter after he engaged in a social media spat with climate activist Thunberg.

She said she would take Tate’s lifestyle over that of a “half-educated, autistic, doom-mongering eco-cultist”.

Hartley-Brewer deleted the tweet after others took her use of the word “autistic” as an insult, reposting her response to Thunberg with the deeply offensive word taken out.

Tate has since been arrested in Romania on human trafficking charges.

He is one of four accused of being part of an organised crime group with the purpose of recruiting, housing and exploiting women by forcing them to create pornographic content.

On her TalkTV show on Tuesday Hartley-Brewer discussed the main topics of the day, such as a week-old tweet she had made about a rape-accused influencer.

Needless to say, it didn’t go too well: