Mohammed Ahmed, 33, hit Milton Forde, 83, as he crossed a road in Coventry last year but sped away following the collision 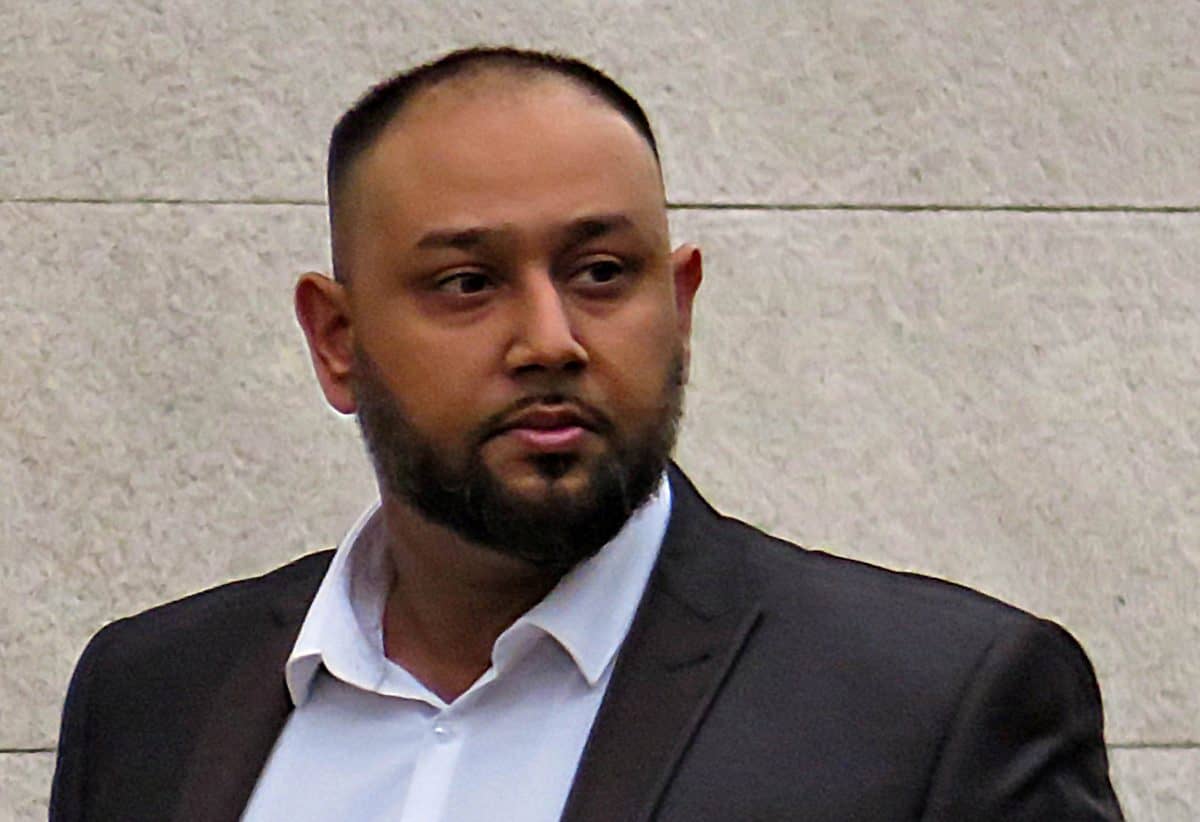 A judge has admitted his sentencing powers were “pitifully inadequate” after a speeding hit-and-run driver who killed a pensioner was jailed for just 22 months.

Mohammed Ahmed, 33, ploughed into Milton Forde, 83, in his powerful BMW as he crossed a road before callously leaving him to die in the street “like a wild animal”.

A court heard how the restaurant boss cowardly sped away from the scene following the fatal collision and hid away in his home for two days.

Residents living nearby who heard the impact of the crash rushed to Mr Forde’s aid as he lay injured in the road.

They called for paramedics but sadly he was pronounced dead at the scene on Burnaby Road, in Coventry, shortly after 11pm on May 12 last year.

When Ahmed was arrested at his home he lied to police and claimed he did not know who had been driving his car at the time.

He went on to admit causing death by careless driving as was caged for under two years at Warwick Crown Court on Friday.

Ahmed was not charged with the more serious offence of death by dangerous driving – despite speeding at 50mph in a 30mph at the time of the crash.

Sentencing, the judge said: “You were driving in a residential area with parked cars on either side of the road, where the road surface was clearly damp, and you were driving at 49mph in a 30mph limit.

“Mr Forde, an 83-year-old, was on his way home and was crossing the road and was three-quarters of the way across when he was struck by your car and was tragically killed.

“Having struck him, you lost control of your car momentarily and it went onto the other side of the road, and a lady in another car had to swerve.

“She, as any decent person would do, stopped and did everything she could to help Mr Forde.

“You, in contrast, drove off, thinking no doubt only of yourself. That was a cowardly and selfish thing to do.

“Even when this case was committed to the crown court, your lawyer filled in a form in which you were challenging whether you were the driver.

“The only reason, in my view, you have admitted this case is because you know that mobile phone evidence shows you were the driver, and that you had nowhere to hide.

“I am afraid your remorse is more for the fact that you have been caught than for what you did.

“This is aggravated by the fact that you drove off and made no attempt to help this poor man as he lay stricken in the road.

“The prosecution have charged you with causing death by careless driving.

“The maximum sentence for that offence is five years, as opposed to 14 years for causing death by dangerous driving.

“The range of sentence under the guidelines will seem pitifully inadequate to the family of Mr Forde.”

The court heard Ahmed, of Upper Stoke, Coventry, was arrested after a witness identified his blue BMW and made no comment during police interview.

His car was found to have damage to the front and the wing mirror and fibres from Mr Forde’s clothing at the point of impact.

Prosecutor Angus Robertson said Mr Forde had been one a half metres away from the kerb when he was struck by the BMW.

He told the court: “That collision was substantial and resulted in the death of Mr Forde.”

In a statement, Mr Forde’s brother Byron said: “I am still very distressed at the thought of my brother being left on the side of the road like a wild animal.

“He died instantly, which means he had no-one with him, which makes me feel very sad and very angry.”

Mohammed Hafeez, defending, said his client was finding it difficult to live with the fact that he was responsible for killing someone.

He said: “He made an appalling decision in driving at excessive speed that night, which has had a catastrophic outcome.”

Mr Hafeez said Ahmed had told him: “I never meant to kill Mr Forde. I have never hurt anyone in my life. I wish I had been doing 30 and he would still be breathing.

“I hope they will find it in their hearts to forgive me one day.”