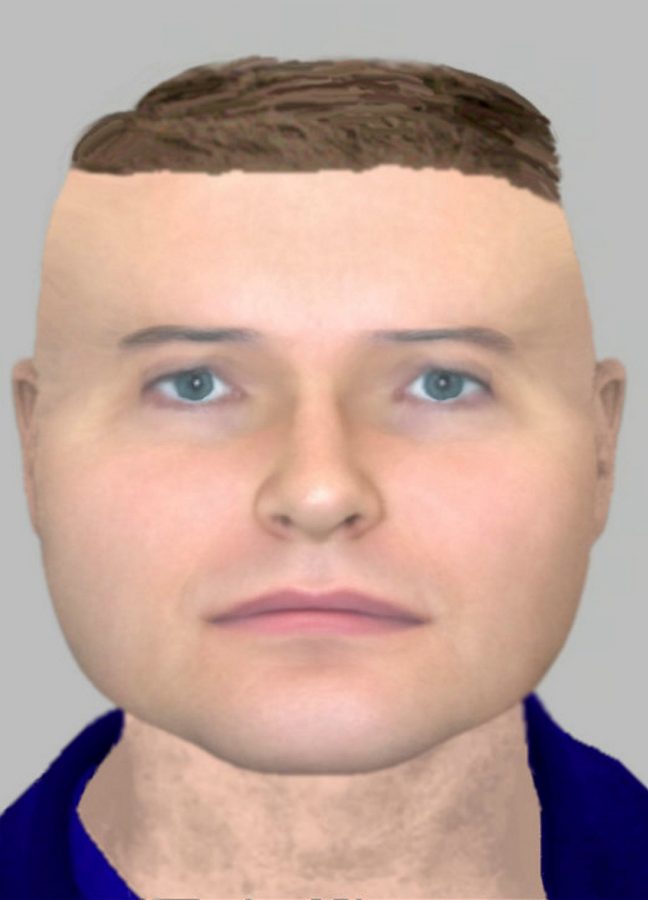 A police force has been mocked mercilessly on social media for releasing an e-fit of a suspected burglar who looks like “Kryten from Red Dwarf in a wig.”

Northamptonshire Police released the bizarre image as part on appeal to track down a suspect wanted for a distraction burglary on April 16.

The force said a man knocked on the door of a property in Vernon Walk, Northampton, saying there were sewage issues in the area and he needed to check her pipes.

But when she was in the back garden with the man, another person entered the property and stole a quantity of cash between 1.30pm and 2.30pm on April 16.

Detectives released the image of the square-headed suspect this afternoon (Fri) urging anyone who recognises him to get in touch.

But they were soon ridiculed on social media for issuing the “barmy” image with many comparing him to the android butler Kryten from the classic BBC comedy.

Other people said he looked like a computer game character from Grand Theft Auto while one web user pointed out the likeness to former England star Wayne Rooney.

Craig Davin put on Facebook: “This is ridiculous Northants Police. He looks more like Kryten from Red Dwarf. You look like right smeg heads putting this out.”

Richard Bradley added: “Is that Kryten in a wig? What an barmy e-fit.”

Paul Warner wrote: “Clearly Rooney, changing his top to a red one never fooled me.”

Ursula Ribeiro put: “Northamptonshire Police win the “I just came here for the comments” award again! They certainly know how to cheer up a dull Friday…thanks for the giggles!”