"Do you suppose they ever have pangs of conscience about this, about the millions of families who will have to choose between being eating and being warm, whilst they enriched themselves from the public purse?" 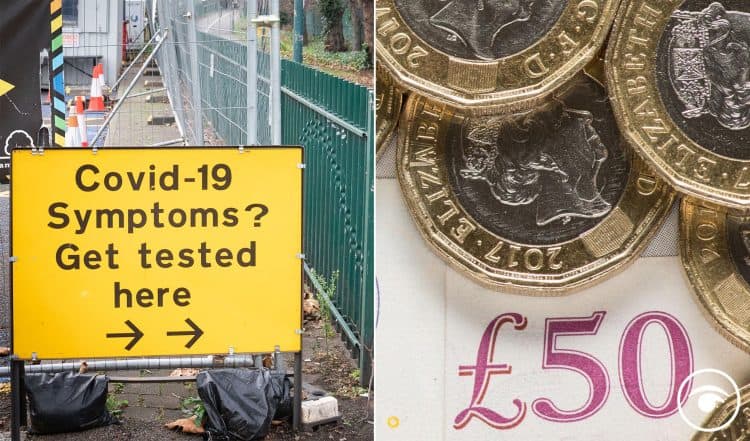 “Woefully inadequate” record-keeping by the Government makes it “impossible” to have confidence that all its Covid-19 testing contracts with Randox were awarded properly, MPs have said.

In a highly critical report, the Commons Public Accounts Committee (PAC), which assesses value for public money, accused the Department of Health and Social Care (DHSC) of failing in its duties to be “transparent” about meetings that ministers had with Randox Laboratories.

When the pandemic hit, ministers were forced to act quickly to scale up testing capacity, working with the private sector to secure the necessary services and supplies.

As part of these efforts, between January 2020 and December 2021, the DHSC and Public Health England (PHE) awarded 22 contracts to health company Randox, or its strategic partner, Qnostics, with a maximum value of £776.9 million.

However, the cross-party committee of MPs said it is “impossible to have confidence” that the contracts – many without competition – “were awarded properly”.

The report stated: “Woefully inadequate record-keeping by the department makes it impossible to have confidence that all its contracts with Randox were awarded properly.”

It added: “Even allowing for the exceptional circumstances at the start of the pandemic, basic civil service practices to document contract decision-making were not followed.

“The department further failed in its duties to be transparent about meetings that its ministers had with Randox.

Furthermore, the report highlighted that following the initial £132 million contract – awarded with no competition and without any performance measures – Randox struggled to deliver the expected level of testing capacity.

Jolyon Magham from the Good Law Project wrote: “Do you suppose they ever have pangs of conscience about this, about the millions of families who will have to choose between being eating and being warm, whilst they enriched themselves from the public purse?”

Despite this, the Government “still awarded Randox a contract extension worth £328 million seven months later, again without competition”.

Randox saw a hundred-fold increase in its profits in the year to June 2021 – but the Government did not consider supplier profit margins or the potential for excess profits in its decision-making on the contracts, MPs said.

The Labour chairwoman of the Public Accounts Committee, Dame Meg Hillier, said: “The NAO (National Audit Office) has been careful to stress that it has not seen any evidence that the Government’s contracts with Randox were awarded improperly.

“But then, in the case of the hundreds of millions of pounds of contracts awarded to Randox there was precious little evidence to see.

“Much of the business was won without any competing tenders from companies who may have had better capacity to deliver, perhaps without the upfront capital.

“Add to that the failure to include any performance measures in the first contract, or any protection against excess profits, and this looks less like just the rushed policy and contract-making that we’ve seen across so much of the Government’s response to the pandemic.

“We repeatedly hear the reference to the crisis we were facing as a nation. But acting fast doesn’t mean acting fast and loose. There is truth in the adage about ‘opportunities in a crisis’ but I don’t think this is what was in mind.”

The report made several recommendations, including suggesting that the DHSC should, in its Treasury minute response, set out how “it intends to strengthen its transparency processes and ensure that it enforces requirements and takes action where they are not followed”.

A Randox spokesman said the PAC report was “deeply flawed and wrong in assumptions it makes and the conclusions it draws” and said the firm had issued a legal complaint.

“As the UK’s largest diagnostic company, with four decades of experience, over 2,000 professional staff on hand at the start of the pandemic and more than £350 million of prior investment in diagnostic and engineering innovation, Randox was uniquely situated to respond to the national need when Covid-19 emerged in early 2020,” the spokesman said.

“In supporting the UK’s urgent requirement for coronavirus testing, Randox reacted with speed, efficiency and flexibility in delivering value.”

The spokesman said the firm processed over 25 million samples and “played a crucial role in keeping vital elements of the UK economy functioning during lockdowns”.

Taking aim at the committee, he said: “At no stage, either during its deliberations or in its preparation of this report, did the PAC make any contact whatsoever with Randox.

“Consequently many elements of its report relating to Randox are false, based as they are, on wrong and unchecked assumptions about the company.”

Related: Dodgy PPE could end up costing the taxpayer a truly astonishing sum