The UK public should be able to see report on alleged Russian interference in British politics before election, Hillary Clinton warned. 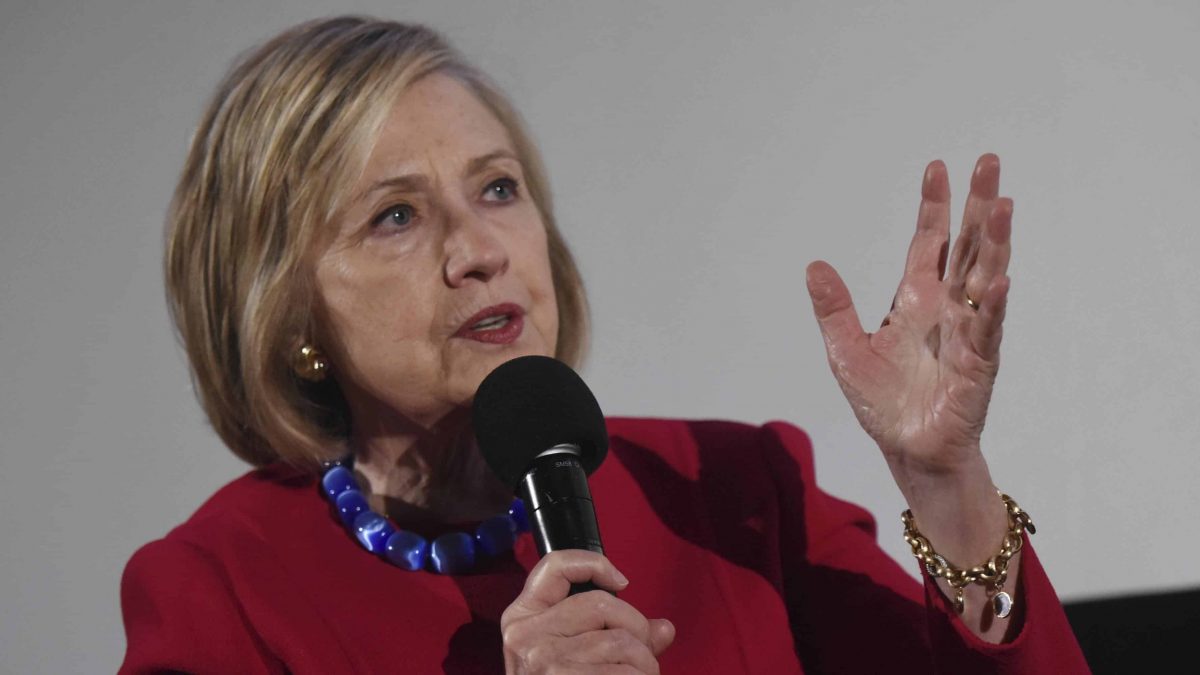 It is “inexplicable and shameful” that the UK government has not yet published a report on alleged Russian interference in British politics, Hillary Clinton has warned.

On Tuesday morning the former US Secretary of State and Presidential candidate joined those calling for Boris Johnson to allow the public to see the report before the election.

“Every person who votes in this country deserves to see that report before your election happens,” Hillary Clinton said on Tuesday morning’s BBC Radio 4 Today programme, adding she was “dumbfounded” that the Tory government would not release the report.

“That should be an absolute condition,” she added. “Because there is no doubt – we know it in our country, we have seen it in Europe, we have seen it here – that Russia in particular is determined to try to shape the politics of western democracies.

“Not to our benefit, but to theirs.”

Hillary Clinton said there was evidence that the Russian government had interfered in the 2016 US Presidential election and the UK’s EU referendum.

Russian donations to the Conservative Party

As more revelations of the amounts of Russian money donated to Conservative coffers emerged, Labour’s shadow foreign secretary Emily Thornberry has said the decision not to clear the report for publication before Parliament closed ahead of the general election was “clearly politically motivated”.

Speaking in the Commons last week, she suggested the report could lead to questions about links between Russia, Brexit and the Tory leadership, which could derail the Conservative election campaign.

The Sunday Times previously claimed nine Russian business people who have donated money to the Conservative Party were named in the dossier.

Hillary Clinton also criticised the delay in the release of a report examining Russian influence in British politics on the BBC’s Radio 5 Live.

Speaking to Emma Barnett on BBC Radio 5 Live, Mrs Clinton said the delay was disgraceful given the upcoming election, referencing the proven Russian interference in the 2016 US election.

The former secretary of state said: “I find it inexplicable that your Government will not release a Government report about Russian influence. Inexplicable and shameful. You’re having an election.

“People deserve to know what is in that report. We had a somewhat similar problem in 2016.”

Although there has been no indication of the precise contents of the report, it will assess the threat posed by Moscow to Britain’s democratic processes following an 18-month inquiry into illicit Russian activities in Britain.

Former attorney general Dominic Grieve, who has seen the report, has stressed its publication is essential ahead of the General Election, as it contains information “germane” to voters.

A report into Russian interference in the US presidential election in 2016 found illegal interference from Moscow occurred in a “sweeping and systemic fashion”, according to special counsel Robert Mueller.

Hillary Clinton stressed the importance of the UK security report being made public before the General Election to allow voters to make informed decisions.

She warned: “(Donald) Trump and his campaign were under investigation for their connections with Russia, and Russians, and Russian cutouts and Russian agents, and others promoting Russian interests.

“And the public didn’t know before the election. And I would hate to see that happen here. Whatever the outcome.

“I don’t know what’s in it, any more than anybody else does. But certainly, people who are about to vote in a month or so deserve to know what is in a report that one has to speculate must have something of concern, otherwise why wouldn’t it be publicly disclosed?”

Dominic Grieve, chairman of the ISC, has accused the PM of sitting on the report ahead of the December 12 vote.

Transport Secretary Grant Shapps and a Downing Street spokesman have said the machinery of government is the reason for the delay in publication.

Grant Shapps said that while he was not close to the report, the delay is “just the usual way that purdah works” and incumbent governments are not allowed to publish anything controversial in the run-up to an election.

READ MORE: Conservatives have received a huge surge in cash from Russian donors since Boris Johnson was elected leader