The Prime Minister broke his “do or dry” pledge after pulling a pint in a Wolverhampton pub. 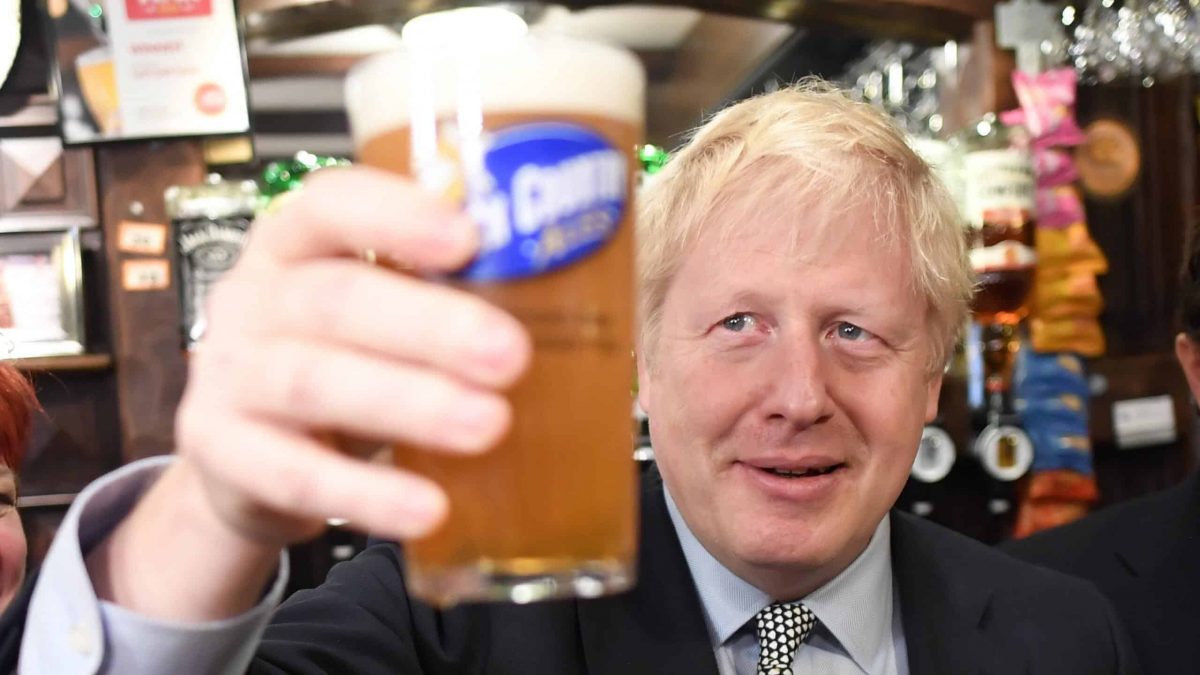 Boris Johnson has broken his booze ban for a second time on the election trail.

The Prime Minister claimed just three days ago he would not drink until Brexit is sorted – with the first phase of the UK’s withdrawal set for January 31.

But he failed to show restraint and maintain his “do or dry” pledge after pulling a pint in a Wolverhampton pub.

Do or dry pledge

Mr Johnson, who previously made a “do or die” pledge to deliver Brexit by October 31, was applauded as he entered the Lych Gate Tavern to speak with veterans after an Armistice Day service at the city’s cenotaph.

The PM held a baby before getting behind the bar to pull a pint of BFG (Bradley’s Finest Golden).

Asked if he would taste the beer, he replied: “I’m not allowed to drink until Brexit is done.”

He added “I’ll whet my whistle” before indulging in a sip.

Pub landlord Dave Buck jokingly held the pint aloft and offered it to customers for £80, but there were no takers.

Mr Buck also joked that Mr Johnson’s pint-pulling technique was “terrible” and said the PM would not be offered a job behind the bar.

But Mr Buck told the PA news agency: “It was a pleasure to meet him and it was in good spirit – pardon the pun – that he came behind the bar.

“Yes, you can tell he’s poured a pint before and possibly drank one.”

Mr Johnson first made reference to his apparent alcohol ban during a hospital visit last Friday.

It emerged less than 24 hours after he was seen sipping whisky during a distillery visit in Scotland on Thursday.