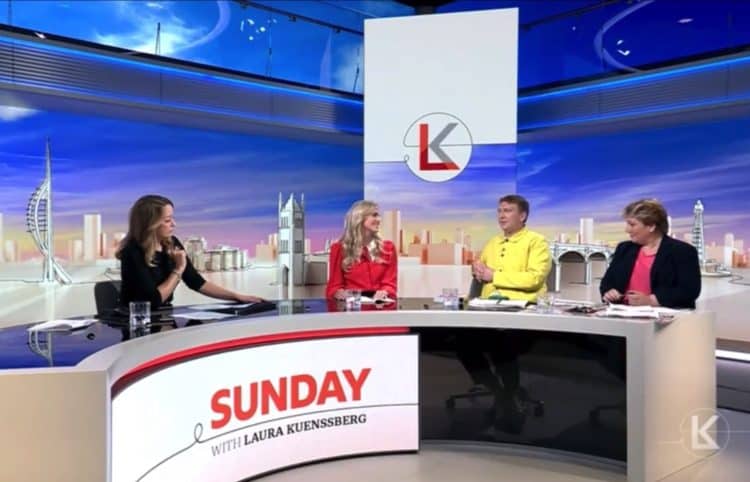 Jo Lycett left TV viewers in stitches after he appeared on Laura Kuenssberg’s new TV show this morning pretending to be a “right-wing” comedian.

He sarcasticslly shared his honest thoughts by claiming it’s what he thought left-wing people would say.

When asked what his “honest” thoughts were on Truss’ response, he replied: “You said earlier I’m not left or right. I know there’s been criticism in the Mail on Sunday today about leftie liberal wokie comedians on the BBC. I’m actually very right wing and I love it. I thought she gave great clear answers. I know exactly what she’s up to.”

“I’m not being sarcastic,” Lycett said.

Kuenssberg continued: “She said that there was a big package of help coming this week for people to help pay their bills.”

Lycett replied: “Yeah, she was very clear what she said. I think you know exactly what’s going to happen. I’m reassured, you’re reassured.” He then turned to Thornberry, who was stifling laughter, and asked: “Are you reassured?”