"Why are the homeless and veterans only ever mentioned when they’re used as an excuse not to help other groups," wrote one person in response. 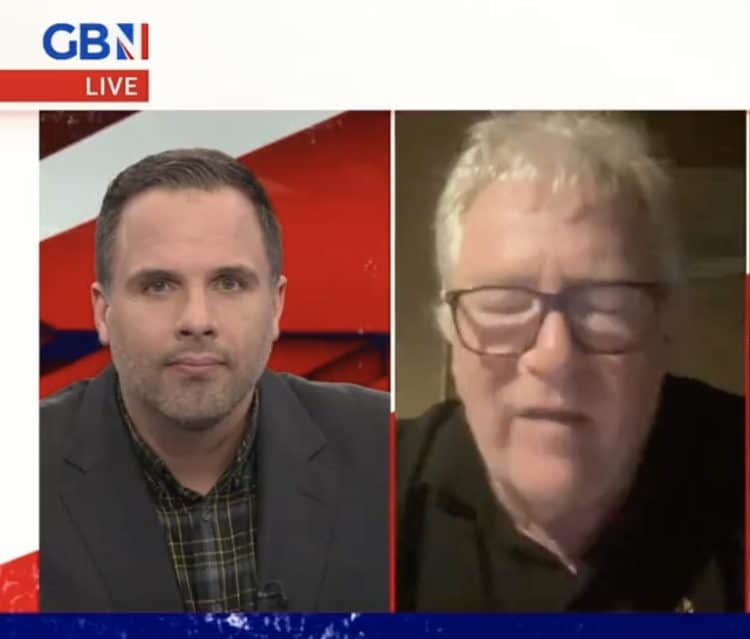 Comedian Jim Davidson has sparked backlash after saying on GB News that celebrities offering to host Ukrainian refugees would not house a veteran.

Davidson’s comments on BAFTA celebrities come as presenter Dan Wootton invited him to share his thoughts in the light of the 2022 London ceremony on Sunday, which saw support for Ukrainians fleeing the war with Russia.

Wootton asked Davidson: “Jim, what do you think about these celebrities who feel a need to politically virtue signal at these events?

“You had Benedict Cumberbatch on the red carpet saying he ‘hopes to take in a Ukrainian refugee,’ I would say there is more chance of that happening than his director Jane Campion making a film that makes any sense.

“What do you make of it when they take over these ceremonies to politically pontificate?”

Jim replied: “It’s what people do; it’s their chance to get on the soapbox.

“Ask him if he will take in a veteran that’s homeless that’s fought in many wars for our country? No, that’s not lefty enough.”

He added: “I don’t mind all these guys; they’re all lefties, they all get together and sit around and do the Guardian crossword, but they are not in the real world.

As GB News showed clips from the BAFTA ceremony which also showed actress Rebel Wilson, Davidson said: “And this girl, is she funny? Then I’m in the wrong job.”

Many people have reacted to Davidson’s remarks – and some have even drawn parallels to make a point.

“Right wingers: if you celebs care about refugees would you have one in your home? Celebs: Yes. Right wingers: HOW DARE YOU,” Labour Councillor Josh Fenton-Glynn said, adding: “How many veterans live in Jim Davison’s house?”

One person joked: “*donates to Oxfam* – ‘You scumbag, why don’t you donate to cancer charities too? Disgusting cancer-lover’”.

“FFS look at that for a demographic split,” one Twitter user said upon seeing the host and the guests.

Another Twitter user asked: “Why are the homeless and veterans only ever mentioned when they’re used as an excuse not to help other groups?”

A third added: “Veterans signed up to fight in unnecessary, racist and colonialist conflicts initiated by the U.K. over oil, whilst refugees have no choice in their situation. Hope that clears things up, Jim!”

Earlier this month, GB News presenter Neil Oliver was panned for admitting he didn’t know what was going on in Ukraine – before immediately pontificating about Ukraine.

In a clip which quickly did the rounds on Twitter on Monday, presenter Neil Oliver began a piece to camera by admitting: “I’ll be honest. I don’t know what’s happening in Ukraine. I don’t understand it either.”

One person joked: “I don’t know what’s happening in Ukraine. I don’t understand it either. But here are my opinions anyway.”

Related: Kay Burley tells Ukrainian refugees in Dublin that ‘British people are behind them’