But the Ukrainian women gave the perfect response to the Sky News presenter, by sending their thanks to Ireland. 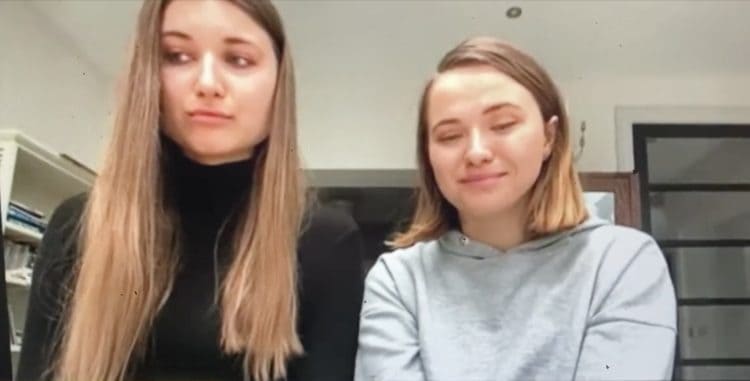 Kay Burley has come under fire after telling two Ukrainian refugees in Dublin that “the British people” are behind them.

The Sky News presenter acknowledged the hard journey two women from Ukraine had to do to get to Ireland.

She said: “You know what ladies, I’m so pleased that you’re safe and what a terrible journey that you have had but hopefully you can start to build a new life in Dublin safe in the knowledge that the British people are completely behind you. Thank you so much.”

In a video of the broadcast, social commentator Maurice Mcleod can be heard saying: “Uuh, it’s Dublin. It’s not the British people.”

But the Ukrainian women gave the perfect response to Burley, by sending their thanks to Ireland.

“Thank you, and we want to send Irish people… we are so grateful to Irish people,” one of the women said.

Hundreds of reactions have poured in after the blunder.

Observer columnist Séamas O’Reilly said: “When we say the Brits are at it, this is precisely the it at which they’re at.”

She added: “Why would anyone in Dublin feel safer knowing that British people are behind them? It’s a nonsense statement from an experienced broadcaster.”

One Twitter user noted a parallel between the UK’s attitude towards Ireland and Russia’s attitude towards Ukraine. “It is incredible that Kay Burley, interviewing Ukrainians fleeing a bullish former empire that fails to recognise their nation’s sovereignty, herself speaking from a bullish former empire, fails to recognise their host nation’s sovereignty.”

Micheál Martin said: “The humanitarian response trumps anything as far as we’re concerned.

“But our security people will keep on monitoring the situation in terms of what’s on.

“We can all see the humanitarian crisis, we do know that that can be exploited by certain bad actors, but our security personnel will keep an eye on that in a more general way.”

He said the view in the European Union is that Ukrainians should be able to flee anywhere visa-free – unlike the paperwork approach required by the UK.

But he said he met UK prime minister Boris Johnson and that Johnson “paid tribute to what Ireland is doing on the humanitarian front.”

“The prime minister’s only discussion with me was on the basis of praising the Irish humanitarian response and no more than that. We didn’t get into the security issues as such,” Martin added.

Related: Around 3,000,000 refugees have fled Ukraine since Russia’s invasion