A student at one of the UK’s leading boarding schools was suspended after he tried to force feed a Jewish pupil – PORK. The victim “suffered psychologically” after the incident involving a ham pizza at £35,000-a-year Clifton College in Bristol, it was claimed. The Jewish teenager remained at the prestigious school alongside his alleged attacker, […] 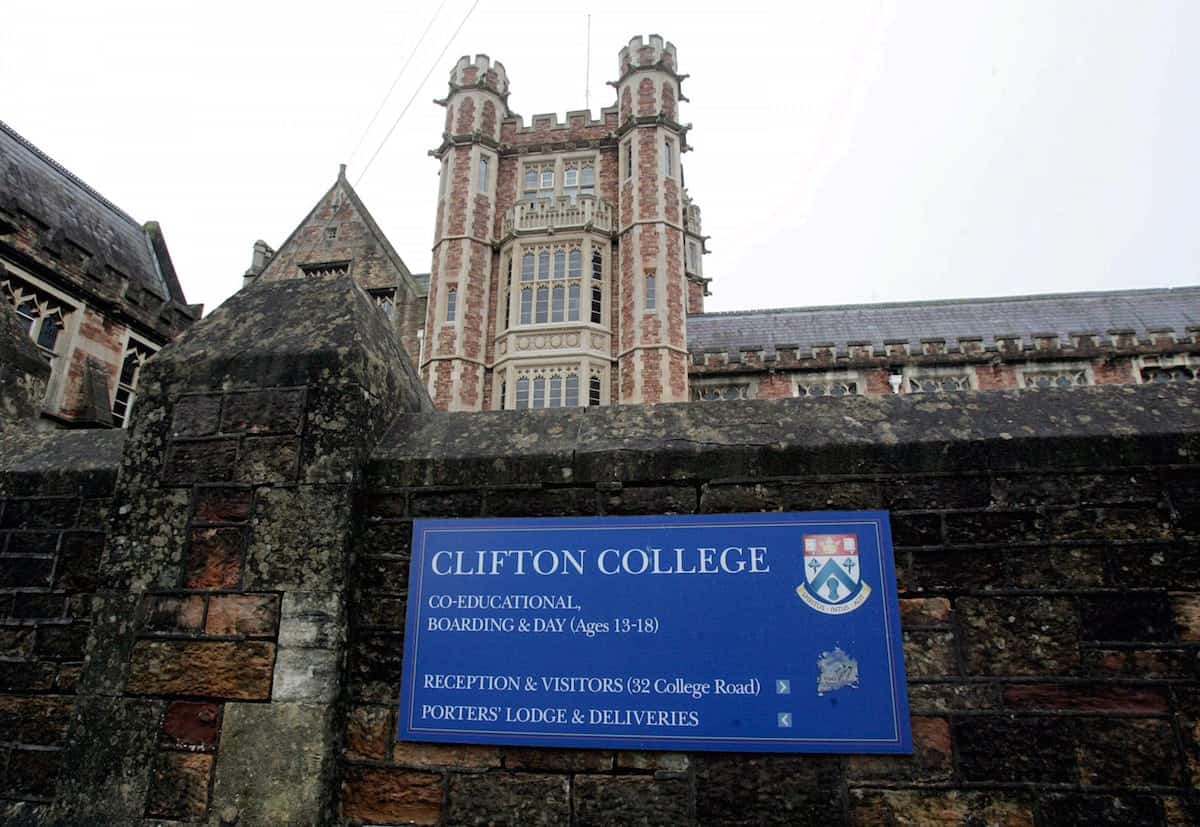 A student at one of the UK’s leading boarding schools was suspended after he tried to force feed a Jewish pupil – PORK.

The victim “suffered psychologically” after the incident involving a ham pizza at £35,000-a-year Clifton College in Bristol, it was claimed.

The Jewish teenager remained at the prestigious school alongside his alleged attacker, who was allowed back into classes after a short suspension.

Insiders revealed the suspended boy was on the periphery of another incident at the school a number of years ago where a pupil – who was later expelled – wore a Nazi costume.

Religious community leaders and parents have voiced concerns about the incident, which happened in December.

The school has its own synagogue and had a school house dedicated to Jewish students until 2005.

A high profile member of Bristol’s Jewish community, who wished to remain anonymous, said: “I would like to express disappointment felt by the local Jewish community at the school’s lack of response.

“It isn’t the first case of anti-semitism at Clifton College.

“The fact it happened in the first place is awful but the way in which Clifton College has brushed it under the carpet is much worse.

“There was a promise from the school that the student would be expelled but I don’t think that happened.

“It’s difficult to describe what abuse like this does to a child. Beyond the physical abuse is a deep psychological effect.

“For someone who is Jewish and never eaten pork this is truly horrible thing to go through.

“For someone to be assaulted and abused is terrible – but with the anti-semitism it is potentially very scarring for the victim.

“He has suffered psychologically.”

It is understood the alleged victim and the other boys involved in the incident all still attend the 1,200-pupil school.

Clifton College opened a boarding house for Jewish pupils called Polack’s House in 1878, which closed in 2005.

But the school still has the Polack Centre, which houses a synagogue, and offers Jewish Studies, Hebrew teaching and Bar or Bat Mitzvah preparation, according to its website.

The school website adds: “Jewish pupils are encouraged to celebrate and nurture their Jewish identity, for their benefit and the benefit of the wider school community.

“Clifton is a school that believes a diverse community is a healthy and dynamic community, and where ‘the dignity of difference’ is an integral part of the overall ethos.”

A Clifton College spokesperson said: “In December 2017, a Jewish pupil was eating with his close-knit group of friends when his friends attempted to force him to eat a piece of pizza containing ham.

“While the pupil concerned felt that this was not an anti-Semitic act, the school considered the incident to be completely unacceptable, falling far short of the high standards we expect from our pupils.

“Anti-Semitism in any guise is abhorrent, pernicious and is absolutely not tolerated at Clifton College, which enjoys a deep and longstanding connection with the Jewish community.

“Following a thorough investigation of the incident by the school, proportionate and appropriate sanctions were put in place.

“We take every opportunity to educate our pupils about the importance of kindness, tolerance and the potentially devastating effects of prejudice.”