Alastair Campbell tweeted: "Jersey/Guernsey politicians and journalists saying they have been dragged into today’s elections, suggesting gunboat a Johnson stunt that hinders not helps. Quelle surprise." 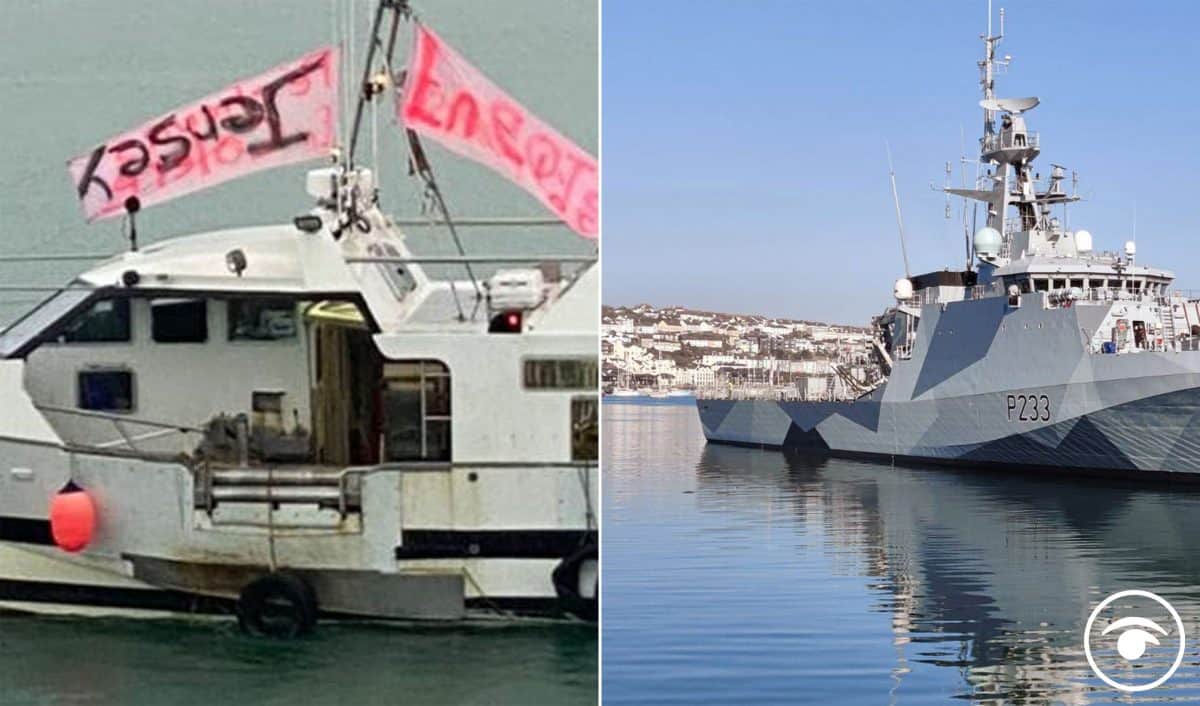 The EU has complained to Britain that the terms of its post-Brexit trade deal are being ignored in the deepening dispute over fishing rights off Jersey.

It comes as the largest oyster producer says he stands side-by-side with aggrieved French fishermen and will even support a potential ‘peaceful’ port blockade – if it goes ahead.

The European Commission said French fishing boats were facing “additional conditions” if they were to carry on operating, in breach of the terms of the agreement hammered out on Christmas Eve.

But in a call with Jersey’s Chief Minister John Le Fondre, Boris Johnson again voiced his “unequivocal support” for the actions taken by the island’s government.

He said that two Royal Navy patrol boats despatched to the area on Wednesday would remain in place as a “precautionary measure”.

Meanwhile, the French authorities said they were sending a pair of police patrol boats as dozens of French protesting fishing vessels gathered off the main port, St Helier.

John Redwood waded into the row and tweeted: “Glad Jersey has a back up power supply. Most important not to give in to unacceptable French bullying. We need to take back control of our fish.”

Glad Jersey has a back up power supply. Most important not to give in to unacceptable French bullying. We need to take back control of our fish.

Alastair Campbell tweeted: “Jersey/Guernsey politicians and journalists saying they have been dragged into today’s elections, suggesting gunboat a Johnson stunt that hinders not helps. Quelle surprise.”

Jersey/Guernsey politicians and journalists saying they have been dragged into today’s elections, suggesting gunboat a Johnson stunt that hinders not helps. Quelle surprise

However, speaking at a press conference, reports The Independent, in Brussels, Commission spokesperson Vivian Loonela said: “On 30 April, the Commission was notified by the UK authorities of granting 41 licences to the EU vessels fishing in Jersey territorial waters from 1 May.

“But there were additional conditions set to these licences. We have following the receiving of this, indicated to the UK that we see that the provisions of the EU/UK Trade and Cooperation Agreement, that we recently agreed, have not been met there, have not being respected.”

Under the terms of the deal any new conditions limiting EU fishing activities in UK water must be based on a clear scientific rationale,  be non-discriminatory between the UK and European boats and be notified in advance to the other party, said Ms Loonela.

Loonela said: “Based on that, we have indicated that until we have received further justifications from the UK authorities we consider that these new conditions should not apply.”

“We are continuing our discussions with the UK, we are calling for calm in this situation, we are doing as foreseen in the agreement as well as keeping in mind the best interests of our fishing community. Full compliance with the TCA is essential in this process.”